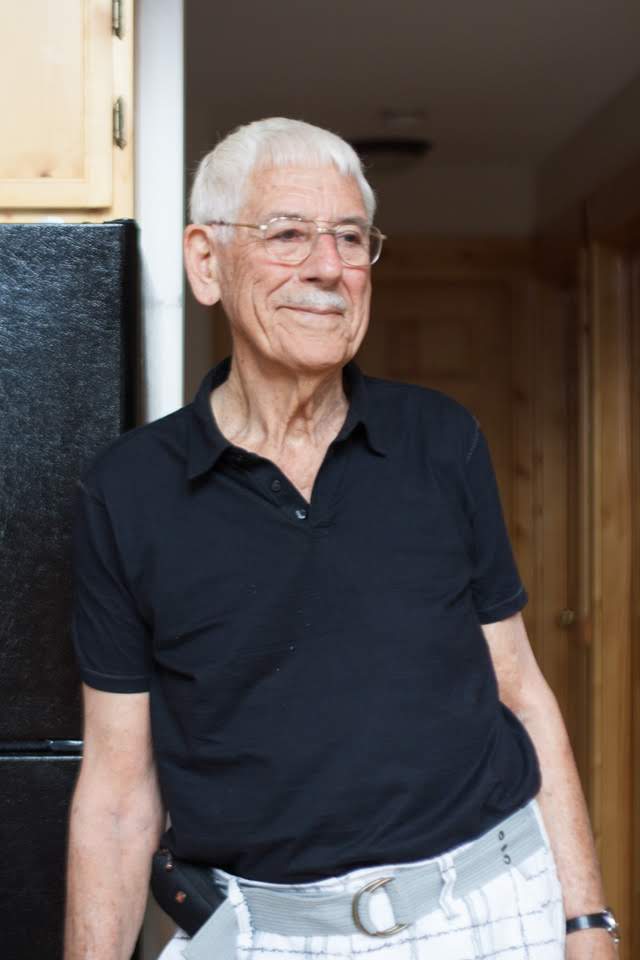 Mervin Dale Nafziger was born September 20, 1923, and died June 24, 2019, in Litchfield Park, Arizona. He was a loving husband to Berniece Landis Nafziger who survives him, and a kind and fun-loving father to Peggy Martin (Dave), Steven Nafziger (Shelly), Colette Hostetler and Jeanette Pyle (Tim). He was a grandfather to 11 and great grandfather to 7. Mervin was born in Livingston, Montana to Christian Henry Nafziger and Lydia Barbara Birky. The family traveled west from Hopedale, Illinois to a variety of places in Nebraska, New Mexico, Montana and Idaho because of health problems suffered by his mother Lydia. She passed away when Mervin was 7 years old. The family eventually landed in Nampa, Idaho, where Mervin lived with his father until leaving to attend Hesston Academy where his sister, Florence, was attending Hesston College. He held a variety of jobs while putting himself through Hesston Academy, then Hesston College. He first met Berneice while he was a student of the Academy, and she was teaching in the community while finishing her studies at Hesston College. After Hesston, Mervin went to Goshen College where he pursued a degree in the sciences. He worked as an orderly at night at the Elkhart Hospital, then attended courses during the day at Goshen College. His studies were interrupted while he served in alternative service during WWII. This included Hill City, South Dakota helping build a dam, Ypsitlanti, Michigan in a mental hospital, and in Puerto Rico working as an orderly in a hospital. When he resumed his studies at Goshen College, he was set up on a date with Berniece by her brother, Eldon, and they commenced their romantic relationship after that date. Mervin and Berniece were married in Jackson, Minnesota on August 11, 1951. They then moved to Nampa, Idaho where Merv worked in the lab at the hospital. He then worked briefly with his brother, Howard in his brother's clothing store before moving to Lebanon, Oregon to work as a Medical Technologist and as a mentee to the Hospital Administrator. In 1958 he was approached to work through MCC in Puerto Rico as Hospital Administrator in Aibonito. He worked in that capacity for 7 years. He and Berniece answered that call to service with 3 children aged 2 to 5 1/2 years of age. Their fourth child, Jeanette, was born in Puerto Rico in 1960. After their service in Puerto Rico they moved to Minnesota where Merv finished a Master's degree in Hospital Administration. Even before graduation, he was asked to work for Burlington Northern Railroad Hospital and then worked for Bethesda Lutheran Hospital in St. Paul, Minnesota until his retirement in 1987. He and Berniece moved to Phoenix, Arizona in 1987 and served in volunteer positions at 10,000 Villages and were active members at Trinity Mennonite Church until moving to Glencroft Retirement Community. Merv suffered from dementia in his later years, but retained his sense of humor and his charisma until his death. He will be missed greatly by his family who adored him. The world was made better by having Merv in it.