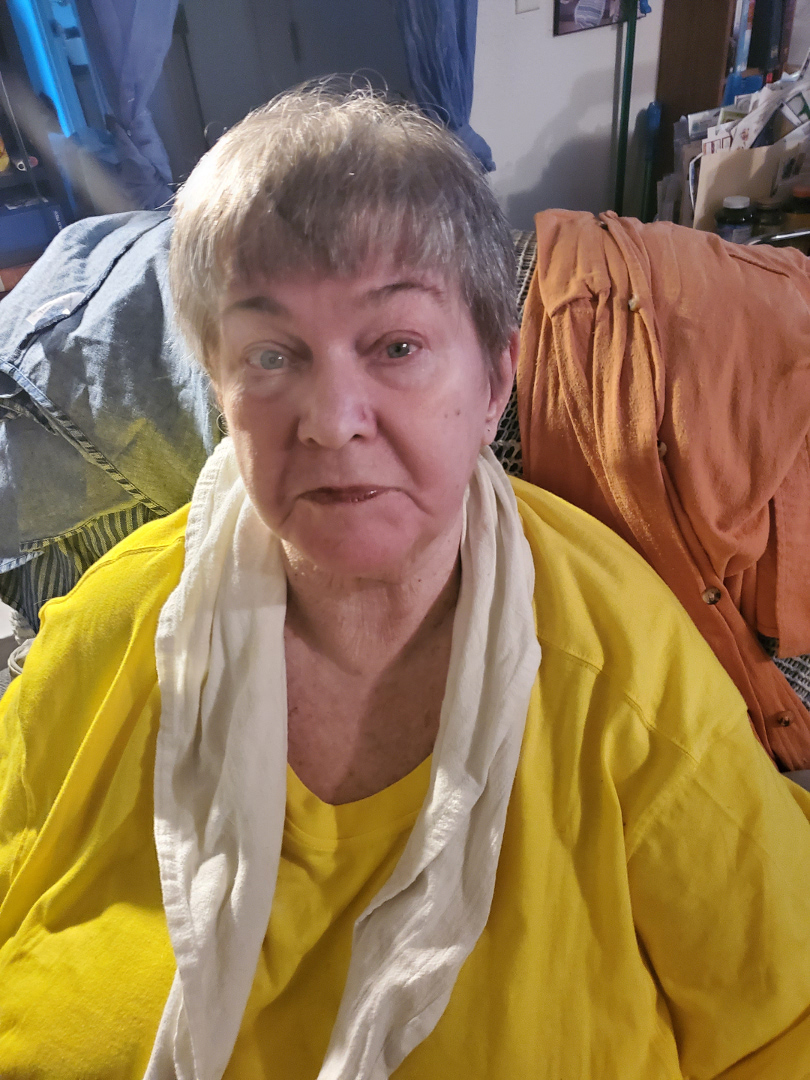 Agnes Vanderslaghmolen (Jessy) was born in Elisabethville, Belgian Congo on 8/22/1947. Her father was employed there before Congo became independent in 1960. The family moved back to Belgium after the Independence. She had a Pastor friend that she was very close to because she hated moving away. Jessy was very close to her father as he showed much love to her. She remembered that she never had many friends growing up in Belgium as she was always the girl from Africa. She finished High School and attended college for a year or so. Jessy had 2 previous marriages in Belgium and had two sons from her first marriage, Koen and Wim. She worked for the Government health care system (which is similar to our AHCCCS) for 30 years and was well loved at work. She was very creative, and after college she spent a lot of time creating small sculptures and drawings. Aaron Cole met Jessy online around the summer of 2002, through a program that ended up becoming Skype. She came to Phoenix and visited Aaron in January 2003 and Aaron visited her in Belgium in September of 2003. They continued chatting and eventually she said she would marry him. He applied for a Fiancée Visa and it was approved and she arrived in Phoenix on September 9, 2005. They were married 39 days later on October 18, 2005 at a lookout on the Kaibab Plateau on the North Rim of the Grand Canyon. Aaron and Jessy were married for 14 years 10 months and 15 days. She struggled with Fibromyalgia that gave her much pain in the last several years. She started having a hard time going out and even walking around much. Aaron retired end of June, 2020 and was helping Jessy more at home. They prayed together every night and had a good and loving marriage. He misses her very much. She will also be missed in Belgium by her 2 sons Koen and Wim, and her 3 grandchildren Cheyenne, Luka and Jarno … the long distance makes this extra difficult. They were hoping that one day they would reconnect in person... Koen will miss their online chats and phone calls, keeping each other up to date :-( He was still working on finishing her birthday gift which he wanted to be a surprise, he hopes she can still see what it was going to be. Her granddaughter Cheyenne will miss the Skype chats with ‘Grandma America', but will hold them close to her heart. She loved the last messages for her 13th birthday! Our Mother hasn’t always had it easy. But that never stopped her. She made her way to what she wanted and believed. She always saw the good in people. She committed herself to others without limits. She always saw a golden edge, an approaching light in the distance. She sometimes forgot herself, but actually she didn't because she remained herself. She didn't just accept everything, but she was critical, realistic and yet always hopeful. "Everything will be okay," and every time she proved those words were correct. She could help people on top of it just by being there for them. Distance didn't stop her. Friends in Belgium, while she was in distant Arizona, she could help and support, give them back light. Now the time has come to let go of all that. Rest in peace dear Jessy, my Princess, dear Mama, sweet “Grandma America", you have more than deserved it.