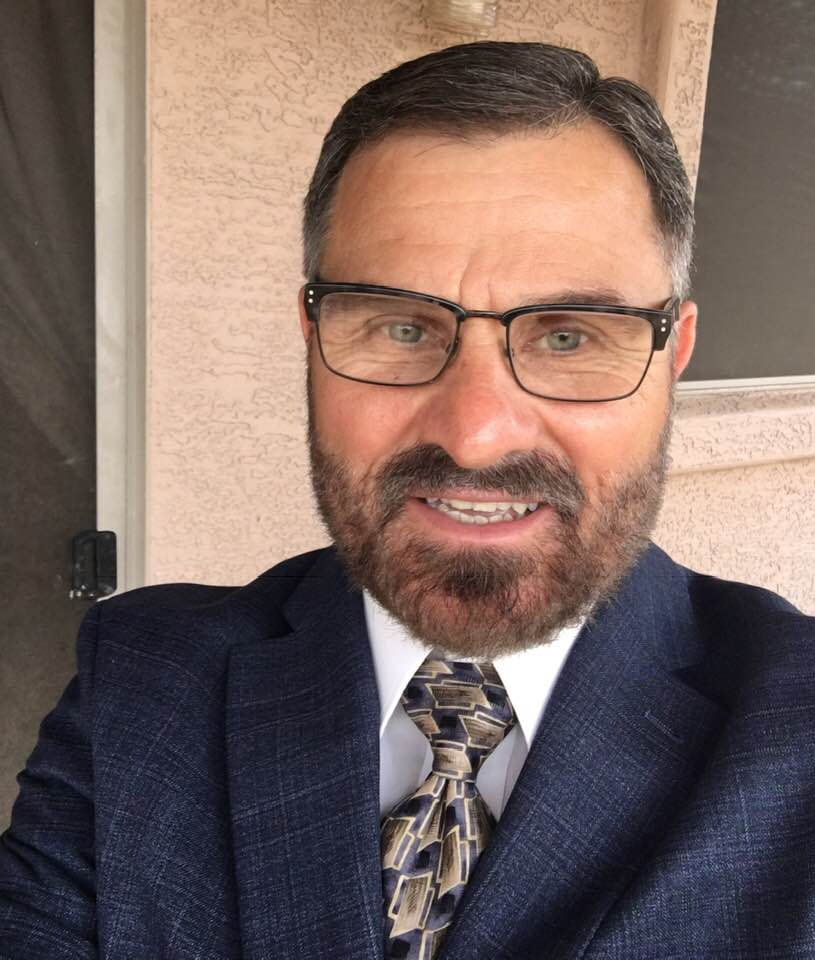 Alfred “Buddy” Allan Delaporta, age 59, passed away suddenly from heart complications on Sunday, December 15, 2019, at his home in Surprise, Arizona. He was born November 18, 1960, in New London, Connecticut, to Alfred and Catherine (Murray) Delaporta. He graduated from Terry Parker High School in Jacksonville, Florida, in 1979. Following graduation, he enlisted in the United States Air Force for eleven years before attending Moody Bible Institute in Chicago, Illinois, from which he graduated in 1994. After Moody, he held a number of positions in banking and finance in California, Illinois, and Arizona, as well as at Property Butler in Scottsdale, Arizona. Most recently, he combined his love for his country and helping people by serving as an Enrollment Counselor for the military division for Grand Canyon University in Phoenix, Arizona. Buddy served in United States Air Force for 23 years. He served in New York, Florida, Nebraska, California, and South Korea (his favorite!) among other locations. More recently, he served tours of duty in Iraq, Afghanistan, and the Virgin Islands with the United States Force Air Force Reserve and United States Air National Guard. Throughout his career he received numerous awards and honors including the Humanitarian Service Award for his work in the Virgin Islands in 2017. He retired from the 161st Air Refueling Wing as a Technical Sargent in December 2018. He is survived by his wife Brenda (Smith) Delaporta, two daughters, Breanne (Delaporta) Harden and husband Devin and Brooke Delaporta. Additionally, two surviving sisters, Jackie (Delaporta) Aronson and her husband Matt of Centerbrook, Connecticut, and Dorothy “Dee” (Delaporta) Cox and her husband Dave of Plant City, Florida, as well as a mother-in-law, Dorothy Smith of Chicago, Illinois, brother-in-law John Smith and his wife Sherri. He was preceded in death by his parents and one sister, Catherine. Buddy was a faithful husband, a loving father, a hard-working employee (often working two jobs), and a loyal patriot. He loved sports and cheered for the Chicago Cubs, Chicago Bears, and the Boston Red Sox. He also enjoyed spring training and fall baseball in Arizona. Buddy attended Christ’s Church of the Valley in Surprise, Arizona.

Services will be held on Friday, December 20 at Best Funeral Services, 9380 West Peoria Avenue, Peoria, AZ 85345. Public visitation will take place from 9:00–11:00 AM followed by the funeral service at 11:00 AM. Burial will take place at the National Memorial Cemetery at 23029 North Cave Creek Road in Phoenix at 1:00 PM.

In lieu of flowers, the family requests that donations be made to the Brooke Delaporta College Fund.