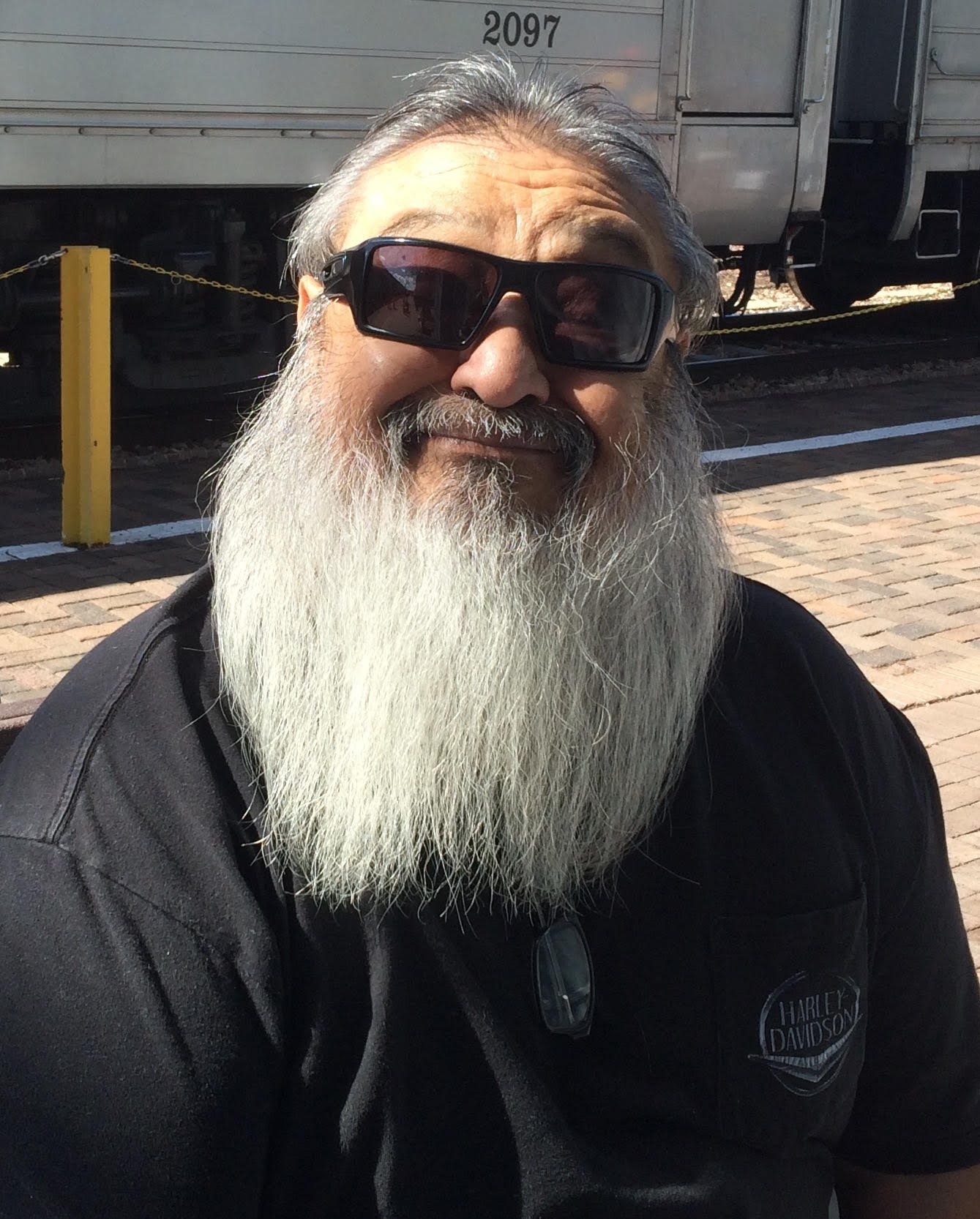 On Monday, July 20th,2020 we lost our funny and larger than life grandpa, dad, friend and husband Alfredo (Fred) Aguilar to Covid-19. Fred came into this world on May 25th, 1953 and spent his life making an impact on everyone he knew. He was born and raised in Phoenix to Olivia and Jesus Aguilar. He was one of 7 kids along with Antonio, Josefita, Ralph, Alberto, Macolvia and Jessica. He moved out on his own at 14, joined the Marines at 18, and later taught himself how to drive a diesel truck. He had 2 kids, Deborah Salcedo and Daniel Aguilar. He spent his life working hard and loving his Harley, diesels, and oh course his family, including his biker brothers. Fred would do anything for his family and made sure he attended every concert, football game, graduation, award ceremony, birthday and party. He knew life was short and planned to enjoy every minute. Though all could say that he was a tough cookie when he was young, having grandkids turned him into a cupcake! Princess Vanessa Lozano was his first, followed by Daniel Montenegro, Michael Aguilar, Celena Aguilar, Gabriel Salcedo, and Destiny Molina, not to mention the great-grandkids Nicholas and Mariah Lozano, Lydia and Leona Martinez and Monty Aguilar and daughter-in-law Dorothy Aguilar and son-in-law, Lorenzo Salcedo. Fred spent more than 20 years with his first wife, Brenda. Much later in life he found his wife Diane and helped raise her children, Kolt and Jarrett Downey as his own. He loved his family and taught every generation the need for hard work and resilience. We well forever miss his laugh, loud voice, long beard and of course that "pretty face".

Celebration of Fred's life will be held at a later date.