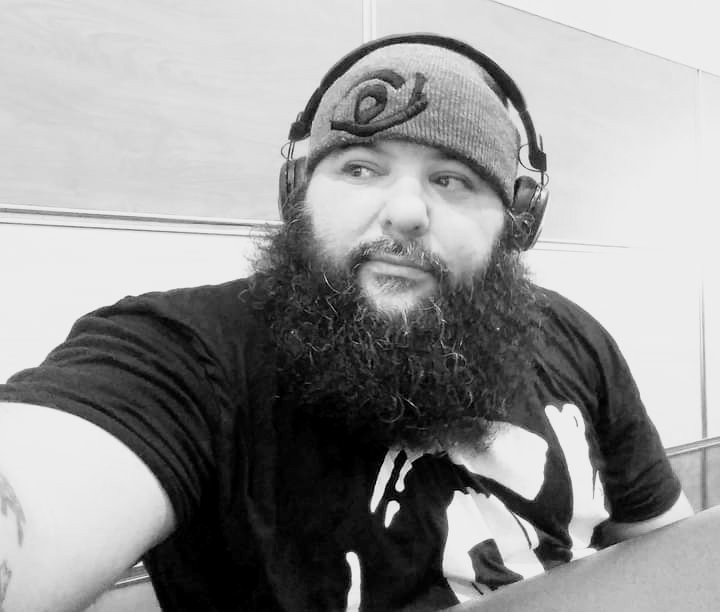 Arlo J Barone of Mesa AZ passed away Sunday November 13, 2022. Leaving family and friends devastated and shocked. He was only 43 years old. He is survived by his sons London and Lennon Barone, his parents, a sister Charlae (Juan) Tallabas, a maternal grandmother Josephine Carelli Barone, and the entire TSOI family (you know who you are). East coast cousins Jason, Damon, Jimmy and David. There are too many others to name but all were equally important to him. He is predeceased by Poppy Duke, Grandpa Kelly and Nanny. What a glorious day, May 8, 1979! A son and brother were born to Charles Barone and Mary Jo Carelli, and he was named Arlo. At 759am he inhaled his first breath but was not able to exhale that same first breath. He was whisked away spending the first 28 days of his precious life in an environment with no sun nor moon only fluorescent lights. 'He was poked, prodded and scared. This was his first experience of Life. His parents moved him and his older sister Charlae from New York to Arizona in 1985. Where he completed his elementary and high school education. Besides his Heman collection his favorite things were gifts he received when he was 8 years old, an MPC-2000 and a turntable. That was it, he set off on a journey to find out what made things tick. After graduating from High School in 1998 he went on to Conservatory of Recording Arts and Sciences in Tempe AZ where he Aced their Master Recording Program. He was not satisfied, convinced there was more to learn. So off he went again. He provided his special twist on customer service while working at Circle Records from 1995 to 2000. He was like a sponge absorbing all he could. Sounds and artists from A to Z. Access to this information may have been the inspiration for what was on the horizon. So, it began... he pounded the bricks handing out flyers for various promoters getting paid per event. He shared those opportunities with others who would ultimately become lifelong friends, brothers and family. He was on a roll. There was NXT LEVEL PROMOTIONS and then TMC PRESENT and If that wasn't enough in 1996 RKATEC ENTERTAINMENT was born. and thennnn......in 2005 Arlo found talent in a group of homies and encouraged them to take their talent and skills to the next level. He drove them hard to excel and excel they did. Another glorious birth, THE SOCIETY OF INVISIBLES...an army that ultimately made hip-hop history. He pursued his love of graphic designing taking it to another realm, clothing. Yes, another glorious birth...and it was named 3rdI CLOTHING. His restless nature drove him even further, to the birth of PRINTBLUE.NET. Another outlet for his love affair with designing. A passion that consumed him and kept him busy right up to his last breath. Despite his big personality and all his accomplishments there were some dark times. Whether those times were due to his impulsiveness, his hasty decision making or just his restlessness he never quit, he always persevered. Most importantly no matter how bad his day may have been he would still greet you with a smile, a hug, or a funny story. Whether it was beats, his wheat pasting, music, art, literature, graphic designing, printing, poetry or politics he was self-taught. He was brilliant, funny, kind, sensitive, rude, obnoxious, messy and forgetful, a lion and a lamb. He won many debates simply because he didn't stop talking long enough for anyone else to get a word in. Outside of his stubborn Taurus nature, Arlo's heart was bigger than he was, and it was often worn on his sleeve. There was nothing he wouldn't do for people he considered friends often worrying about the needs of others above his own. Arlo was not perfect He was one of a kind. Arlo's imagination was boundless and carried over into his role as a father to London and Lennon. Always improvising using things around him. He enjoyed photographing and sharing the many things he and his sons enjoyed. Creating a pirate ship from an old box sailing off on a skateboard. Westside kite flying using old bags from Frys Food Store. He even designed a map used to hunt for One Eyed Willie's treasure in the front yard. There were cucumber facial days, TPing and even food eating contests. Whatever it was Arlo gave them his all and then some. When not promoting, creating beats or managing his homies he spent his time caring for his beard, eating chicken and rice or cooking with his air fryer. He became very good at Thrifting for things he could restore and bring back to life. He became just as good at sitting shirtless on his couch listening endlessly to music and watching videos. "Nobody liked Arlo, period He was not a LIKEABLE guy. The moment you met him you knew you LOVED him" period To outline all of Arlo's life here today would take many books, like a set of encyclopedias A thru Z. Simply, he represented the Invisibles but there was nothing invisible about him. Rest forever in your beats.

Join us in celebrating Arlo's life. Visitation is being held at Best Funeral Services' North Central Chapel, 501 East Dunlap Avenue in Phoenix on Monday November 28th, 2022, from 1:30 to 4:30 p.m. Feel free to bring Arlo a special memento, a note, a photo anything that you'd like him to have for this his last journey. You are invited to upload photos, video and audio for a video which will loop on a monitor during the celebration. Access to this upload will be disabled on 11/27/22. Click the upload link to get started https://www.tributeslides.com/up/28888047814771

In memory of Arlo (Erel) Barone Contribute random acts of kindness as often as you can Contributions can also be made to Circle the City https://www.circlethecity.org Phoenix, AZ 85007. Main (602) 258-8282. Circle the City offers integrated health care for local homeless and others in need. NAMI Valley of the Sun - from next door to across the greater Maricopa County Region. 602.244.8166 the National Alliance on Mental Illness, is the nation’s largest grassroots mental health organization dedicated to building better lives.