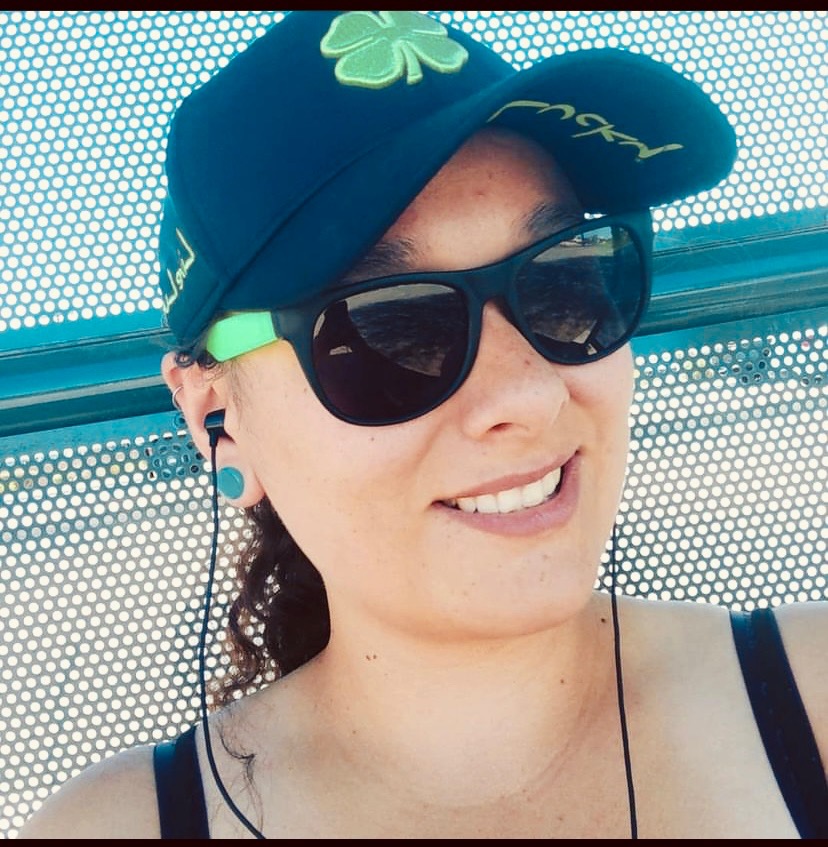 Ashlee made her arrival two weeks later than expected. It was at that point that we should have realized then that things would be on her terms. When she turned 4 we couldn’t wait to introduce her to the sporting world. She started with T-ball and moved onto other sports: soccer, volleyball and basketball. However, softball had her heart which she continued to play until recent months. As the oldest sibling she was a loving sister. She was excited to help feed and care for them. When she was younger Dad made a stage in the backyard, Ashlee and her siblings would perform songs for Mom and she would be so upset because she would say, “Mae was tone deaf” and would always end with, "We are Family". She discovered a love of fishing when her dad and his best friends Chester, Billy and Duke introduced it to her along with their own children. She was over the moon when her Uncle Jim made her very own fishing pole. Camping and hiking were some of her favorite things to do. She was thrilled to take Flynn on his first camping trip this past Summer. Prior to beginning college she spent six months in Arkansas with Mema and Papa Glenn. She spoke fondly of her experience and time there. Her cousins were more like siblings and her Tia and Tio were like second parents. So much time was spent between our two homes. She found such comfort in beginning her college journey with her Tia Gina. Family get-togethers were a favorite! Spending time with all her siblings, extended family and friends. No special occasion necessary; just being together, ALWAYS listening to music, leading to long talks and laughter. Music was a love that has definitely been passed on from her Papa (George) and she embraced every genre. Fall Out Boy, Paramore and New Found Glory could always be heard on repeat. She loved movies and television shows of all types. Early on we had Sesame Street, Barney and Scooby Doo. Her favorites moved onto Harry Potter, which she would be quick to school anyone on. Then there was Toy Story, Wedding Singer, Jurassic Park and The Walking Dead. “They were cones”. She was a quiet, (too) smart and loving beautiful girl, with a contagious spirit, enduring laugh and smile. She was also strong willed and headstrong but could be the most sensitive of souls. Even in the end, her selfless nature continued by being an organ donor. Her circle of friends were always close by. Besides her family, her constant was her family she created. The true definition of squad goals! Ashlee enjoyed being a dog mom to Rex, her chihuahua since 2015. It wasn't till her son, Flynn, arrived that she really understood an indescribable kind of love. Flynn was a love that came naturally. His smile when he first laid eyes on her daily could light a room. As much as she thought she wasn’t cut out for motherhood, this role was meant for her. From the moment she shared his impending arrival, she took parenting classes and read many articles on what to expect. Once he arrived she stayed awake most nights reading up on when to turn the car seat face forward, suggestions on how to take him off the bottle and when was the right time to move him to the next diaper size. Ashlee's presence will be missed by many including; son (Flynn), Mom (Kimberlee), Dad (Kevin), her siblings (Kayla, Mae, Victoria, and Kristen), Tia (Gina), Tio (Lionel), and cousins (Samantha, Nathaniel and Elijah), her circle of friends and many cousins, aunts and uncles. Flynn will always know how much his mom enjoyed life and reminded of the love that she carried for him.

In lieu of service, we will be having a gathering of family and friends to honor Ashlee.