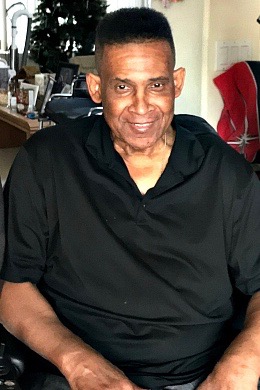 Bill Walden, age 66, passed away peacefully on October 21, 2020, in Phoenix, Arizona where he had been a resident for 47 years. Bill is preceded in death by his parents, Bobbie and Winola Walden, grandparents Carl and Beatrice Walden, and sister Vdonna Lynne Hickson. He will be remembered and missed by his wife Sophia Walden; children Zabatka Colbert, Etienne Walden, and Sedacy Walden; brothers Zabatka Walden, Bobbie Walden, his wife Karen, sister, Kay Walden, granddaughter Audrey, and many other relatives and friends. Bill graduated from Welch High School in 1973 and from Arizona State University in 1978 with a degree in Criminal Justice. Bill was a member of the Kappa Alpha Psi Fraternity. At ASU he played football under Frank Kush and participated in three Fiesta bowls and winner of three Western Athletic Conference titles. While at ASU he also picked up Karate as his other sport with Sensei Shojiro Koyama. He was proud to represent the United States in England on the 1990 U.S. Karate Team, an experience he highly enjoyed. Bill was quite passionate and dedicated to both sports, winning many trophies. Bill was an avid sportsman, who also coached club basketball along with Chuck Coburn. Together they were actively involved in mentoring youth for Arizona Rage Basketball. He was a great supportive side coach to his three children. After ASU, he worked as a bailiff for former Supreme Court Justice Sandra Day O’ Connor, Insurance Agent for Aetna Life, Senior Claims Service Adjuster for Allstate Insurance. After many years, he retired from Allstate Insurance and was a youth care worker at Tumbleweed Center for Youth Development. He also worked for Child Protective Services and the Department of Economic Development. As a young boy, he was active in church activities with his family, including singing in the church choir. As an adult, he served as a deacon for several years at North Phoenix Baptist Church. He also coached there for Upward Basketball. A farewell service will be held on November 25th, 2020 at Paradise Memorial Gardens Mausoleum, 9300 East Shea Blvd, Scottsdale, Arizona 85260 at 2:00 pm. The family would like to express appreciation to friends who sent flowers, and cards of condolence and also thanks for the compassionate care given by Savior Hospice and his caregivers Kathy King and Dale Cooper.