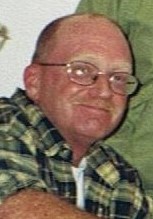 Brian Robert Lynch, 58, passed away on September 23, 2019, at the Veterans Administration Medical Center, Phoenix, after a brief illness. He was surrounded by family. Brian was born in Ilion, NY, on February 8, 1961, to Charles and Elizabeth Lynch, the youngest of their five children. The family relocated to Scottsdale in 1970 where Brian graduated from Chaparral High School in 1979. He served in the U.S. Navy on the USS Saratoga 1986 – 1990, which included a tour in the Mediterranean. He was employed by the City of Scottsdale, and later for the Arizona Protection Agency of Scottsdale. While living in Show Low, AZ, he had his own woodworking business. In addition to that talent, Brian enjoyed cooking, golfing, and playing guitar. He is fondly remembered for his humor, generosity, outgoing personality, his love for kids and cats, and for his strong work ethic. Brian was preceded in death by his parents. Survivors include siblings Mark (Nadine of Chicago) of Show Low, AZ; Beth of Ilion, NY; Ken (Maria) of Phoenix, AZ; Richard (Cecilia Compton) of Phoenix, AZ; beloved nephews Colin, Kieran, and Conor; niece Kaitlyn, nieces and nephews from Chicago, cousins from Ilion, and many dear and faithful friends.

Interment will take place at the National Memorial Cemetery of Arizona, Phoenix, at a later date. Refer to Best Funeral Services website for announcement. Donations may be made in Brian’s name to Disabled Veterans of America.