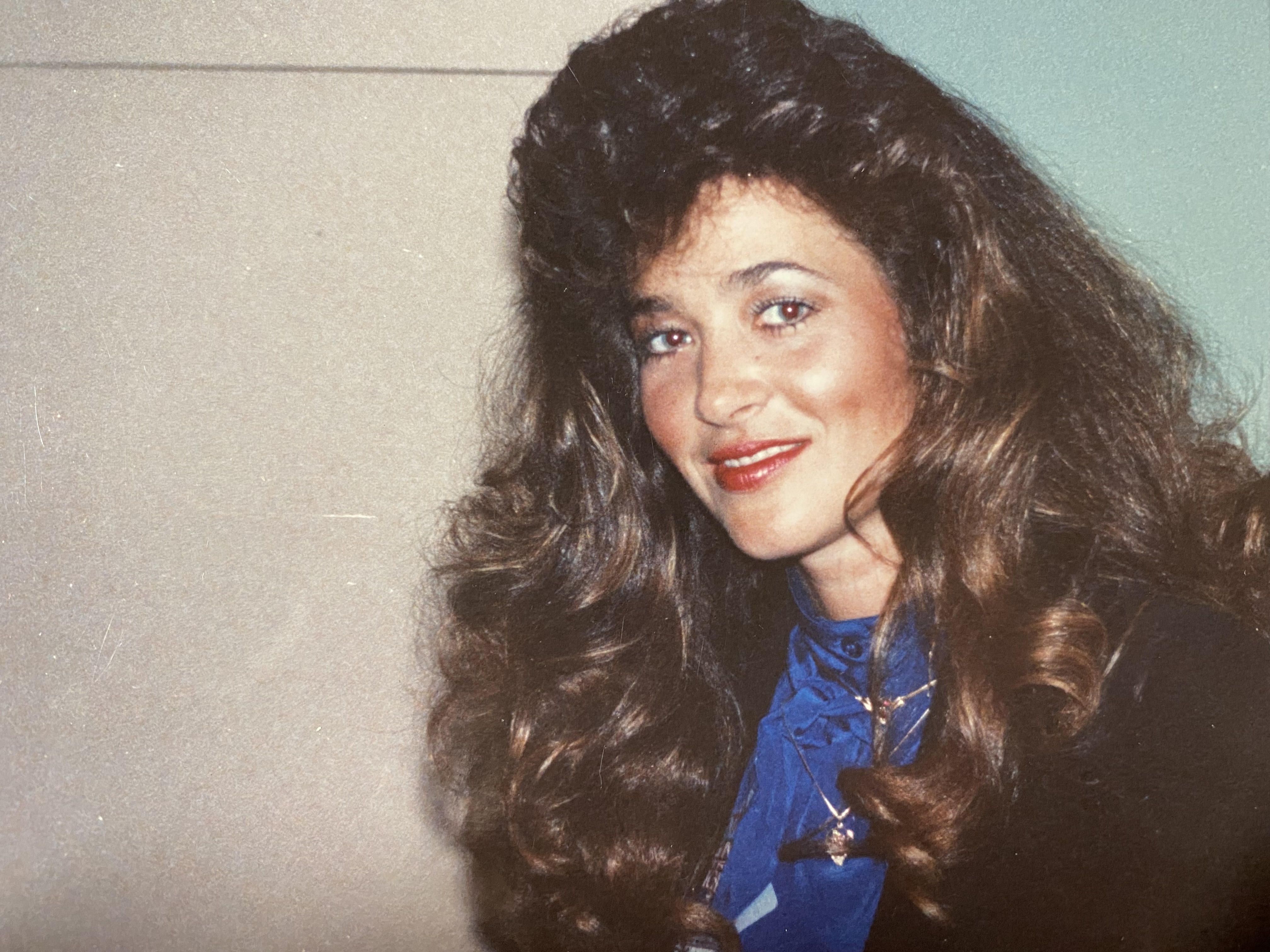 Cathy Sue Simmons is remembered as a loving, fearless woman who defied life’s obstacles; a lioness with an unforgettable mane of unruly hair. She entered the world on July 2, 1961, born to Richard and Mary Simmons. She was the middle child of three siblings, having grown up in Spokane, WA with two brothers; Bill and Mark. When Cathy was little, her Mom would can fruits and vegetables, and Cathy would help by cleaning and picking food that grew on the farm. She loved to play kick-the-can with the neighborhood kids, almost as much as she loved ice skating in the winter and learning to cook. Cathy’s courage in defending her loved ones began early, as she defeated schoolyard bullies by sticking up for her little brother. Shortly after graduating high school in 1979, Cathy moved to Los Angeles where she later met and married Joel Gutierrez, embarking on her dream of a family of her own. She always felt that having children was her life’s purpose. Becoming a mother never came easy though, as Cathy endured the painful loss and sorrow of miscarriage more than half a dozen times. Doctors ruled out the possibility of Cathy giving birth altogether, but, true to her fighting spirit, she never gave up hope. It was a medical miracle when her first daughter was born in 1983, and a second baby girl followed in 1987. Cathy cherished every minute spent with her girls. She thrived outdoors, having fun in nature by fishing, camping, water-skiing or swimming. She was an excellent cook, entertaining and caring for the people she loved. To this day her daughters know, deeply, that their love of being outdoors in nature is a gift from their mom. Cathy dedicated her life to motherhood, and fiercely ensured her daughters experienced memorable childhoods filled with dance classes, chess clubs, night swimming, Girl Scouts, and many jet-skiing adventures during camping trips to the lake. When she wasn’t with them at home, Cathy went to work. Her natural beauty and creative mind propelled her to become a fashion model, marketing and runway show designer at Rock Solid Productions in Los Angeles. Working in the entertainment industry came with many exciting adventures, such as phone calls with Michael Jackson and punching Charles Barkley for an inappropriate kiss. One of the more memorable outings came after moving to Arizona in March 1990, when Cathy and her brother Mark were invited onto Ricky Van Shelton’s tour bus. The invite came after the country music star had just performed a sold-out concert. Ricky sang to Cathy personally while on the bus. Indeed, she was the kind of woman for whom love songs were written. Cathy switched careers in the mid-aughts and became an in-home caregiver, sharing her heart and joy of taking care of others as a profession, which was healing for her as she went through her own divorce. In February 2004, Cathy lost her father, a military veteran who died by suicide. His humor and friendly nature were never forgotten. Cathy discovered the joy of being a grandmother when her grandson, Michael ‘Micah’ Joel Ryan Irving was born in 2013. She showered him with love and presents, and shared with him her love of the outdoors by teaching him how to fish. Even from her hospital bed, she encouraged him to play, and her face would light up with every new lego creation. In what would be the final decade of Cathy’s life, she met and fell in love with Evan Getchell. In a twist of fate, they bumped into one another twice in the same day, on opposite sides of Phoenix’s sprawling metropolis. Evan was captivated by her genuine warmth, and the two became best friends. He loved her wholeheartedly, capturing her heart as no one had before. As husband and wife, they lived happily with their fur baby, Aria, a Shetland Sheepdog who Cathy considered her youngest child. Cathy faced her life’s greatest challenge in 2018 when she was diagnosed with melanoma. Always and forever a fighter, she never gave up hope. She died while battling metastatic cancer on June 17, 2021. She was 59. Cathy is predeceased by her father Richard Michael Simmons, who served in the US Air Force during the Korean War. She leaves behind her daughters Krystel Reina Gutierrez Irving, Jenna Rae Gutierrez Porter, Sheltie Lady Aria of Gallifrey, her grandson Michael Joel Ryan Irving, her husband by common-law Evan Hamilton Getchell, her brothers William Michael Simmons and Mark Jon Simmons, and her mother Mary Catherine Simmons. They will forever strive to be worthy of her, and to always treasure her memory.

A celebration of life, viewing and reception is taking place on her birthday - Friday, July 2, 2021, from 2 p.m. to 5 p.m. In lieu of flowers, guests are asked to come with a favorite memory of her to write down for her daughters; paper will be provided. Services will be located at Best Funeral Chapel, 501 East Dunlap Avenue, Phoenix AZ, 85020.