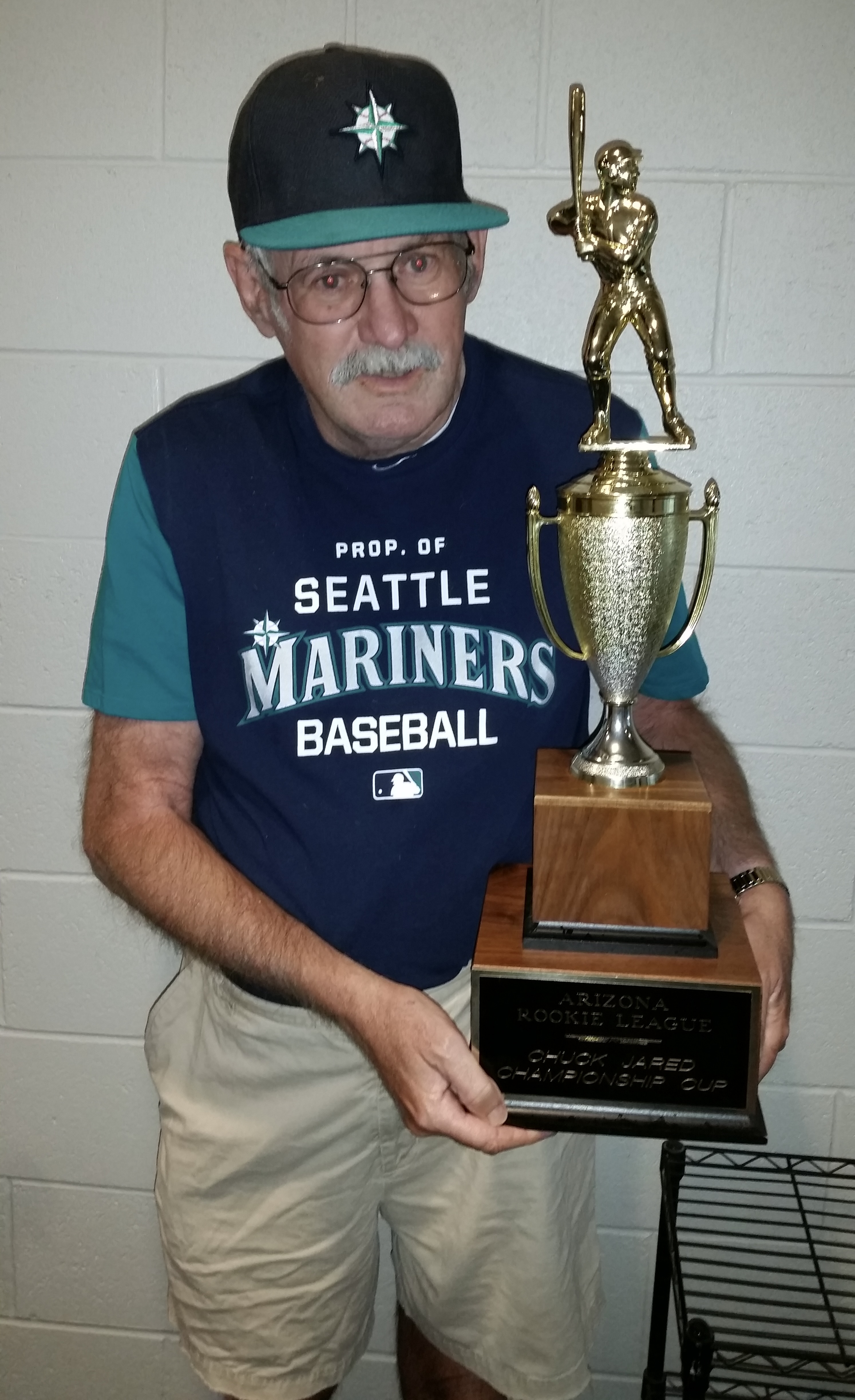 Chuck Jared, son of Roy and Margaret Jared, lived in Raytown, Missouri before the family moved to Arizona where he became a beloved figure in the Arizona sports community at the high school, college and professional levels over the past 52 years. He announced games and did score keeping for numerous high school and college baseball teams, worked with the Seattle Mariners Cactus League team and with the Arizona Diamondbacks. He was the press elevator operator for the Arizona Coyotes for 12 years. He developed strong friendships with many players, coaches, members of the media and coworkers. He became a game announcer for the Cherry Creek High School baseball program in Denver . This lasted over 3 decades and he was inducted into their Hall of Fame in 2007. Chuck’s circle of friends was extensive and he was an active member of St. Mary’s Episcopal Church. He was skilled at social connection with an amazing memory who was always in a great mood at the center of friends and family interaction. Chuck was an amazing light in the world. He will be greatly missed and always remembered with immense love. He is survived by his brother, Roy Jared II, Roy’s wife, Barbara, nephews; Colin Jared, Kevin Jared and Heather Jared Lindbloom, and grand-nephews; Reilly Doi-Jared and Easton Jared.

A memorial service will be announced at a later date at St. Mary’s Episcopal Church.