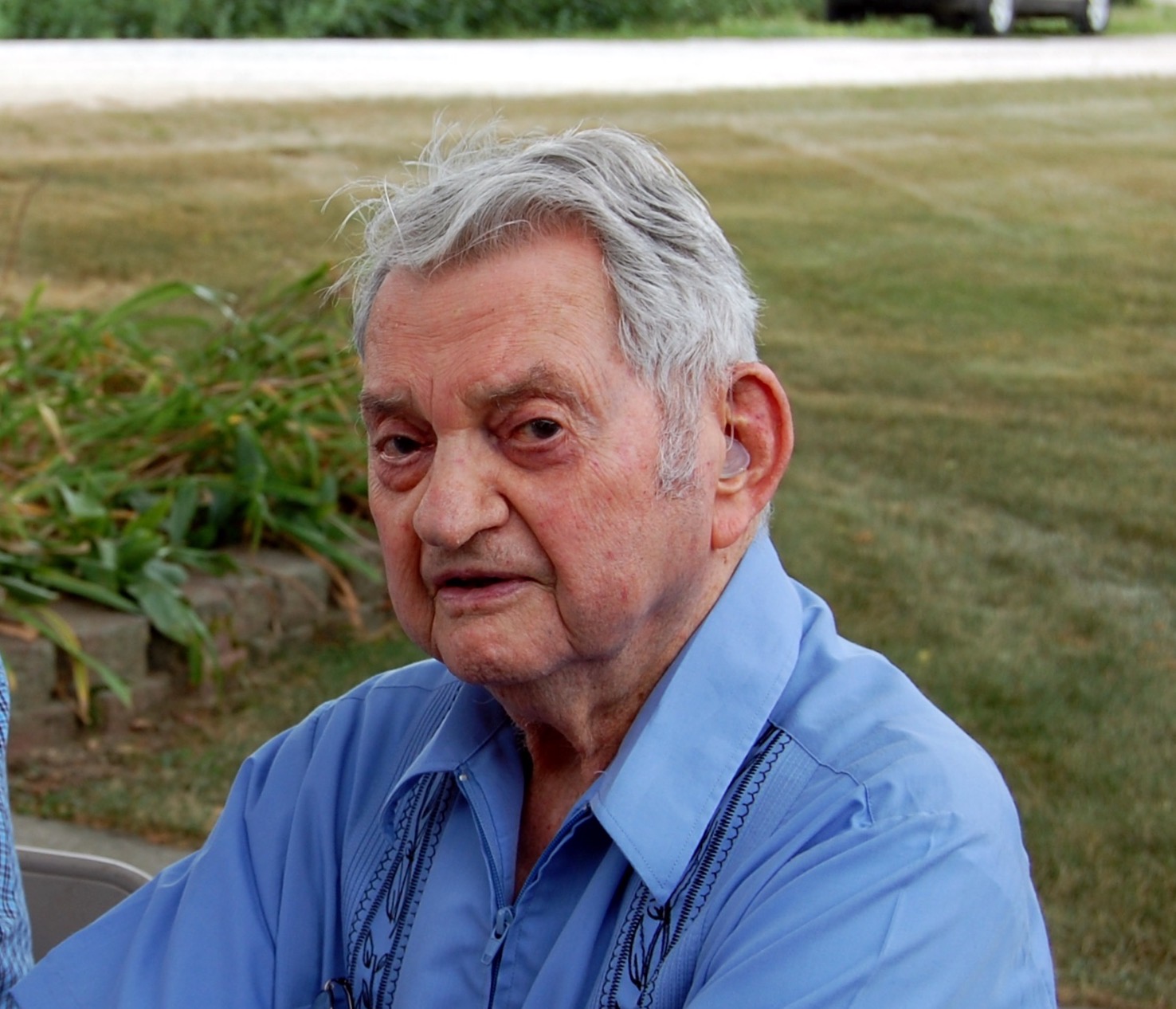 On Sunday morning, February 2, 2020, Charles William Putnam, a longtime resident of Sun City, Arizona, left this world at the age of 94 following a brief illness after a long and healthy life.Charles (Chuck) was born March 2, 1925, one of nine children of Samuel Raymondand Marguerite Isabell (Tomlinson) Putnam, a farm family from Caro, Michigan. Being born during the depression shaped Chuck's formative years and resulted in a lifetime of frugality, and a bit of tight-fisted mischief, often at the expense of his wife and children. Being the member of a large family, Chuck was both overly supervised and also overlooked. Growing up, Chuck was the victim of some obnoxious pranks complements of his sisters, Jane, Jean, Phyllis, and Rayola and, of course, his little brother Keith (Gordo), the ringleader and general troublemaker. Kathleen Metcalf discovered Chuck and was smitten with his good looks and farm manners. They were married, June 21, 1947. They had two fine sons, Dennis & Gary. Charles helped run the family farm during WWII. He became adept at farm-style engineering, finding ways to rig up old farm implements or broken tools, giving them a second life and managing to keep from ever buying something new, much to the dismay of his children. Operating a family farm was never an easy life, and Chuck farmed in Tuscola County for over 30 years. Eventually, he was arm-twisted into heading west, and got out of farming entirely. In 1972 he and Kathleen moved to Glendale, AZ, where they found sunshine and many of his relatives already in residence in the Phoenix area. Chuck got back to work right away and used his mechanical skills to work in the masonry business and later as maintenance superintendent of MetroCenter Shopping Center. He finished his career, doing light mechanical work and chasing parts and moving equipment for Hard Rock Construction, a relatively cushy job that started at 4:30 am. Chuck was a lot of fun to be around and had an amazing temper that he would share with anyone at the drop of a hat. Fortunately, most of his ire was directed at inanimate objects such as an oven, or an innocent lawnmower. He loved to tell stories and had an excellent memory of embarrassing details that others wished he would have forgotten. He once panned for gold in Colorado, working alongside his brother Keith, and while they did not find much gold, the stories of their adventures were priceless. After Kathleen passed away in 2001, Chuck eventually remarried. To keep things simple, he married Jean Putnam, who already had the same last name as Chuck, thus saving money on address labels. Once Chuck retired, he could not just sit around. He decided to clean up around the house, starting with the landscaping. It didn't take long until he had trimmed all the trees out of existence, but Chuck seemed happy with the new look and low maintenance. He exercised every day, taking walks around the neighborhood and working out at the local rec center where he was well known as one of the fittest 90-year-olds in all of Sun City. He found that he liked to sew and cook, and his second wife, Jean, was happy to let him. As his cooking skills progressed, he became known for his fantastic ribs. He also made beautiful denim patchwork quilts for friends and family. Chuck made the quilts from old blue jeans, which was in keeping with his frugal nature. He also enjoyed calligraphy, the visual art of writing. He would painstakingly address all the birthday and holiday cards reflecting his artistic expression, an unusual hobby for a man a bit short on patience. Left with a lifetime of fond and colorful memories are his second wife Jean (Humm) Putnam; sister Jane (Putnam) Spencer; son Gary Putnam and his wife Natalie; grandchildren, Ashley (Putnam) Harber and husband Ben; Kyle Putnam and his wife Shuchi; Kallie Putnam and great-granddaughter, Charlie Harber. He is being greeted at the pearly gates by wife Kathleen, son Dennis; sisters: Vernita Winterhaulter, Rayola ODell, Jean Griffin, and Phyllis Brinkman; brothers: Raymond, Douglas, Jack and Keith, all getting there ahead of him and no doubt excited to have him back in their midst.

Donations may be made to: Cystic Fibrosis Foundation www.cff.org