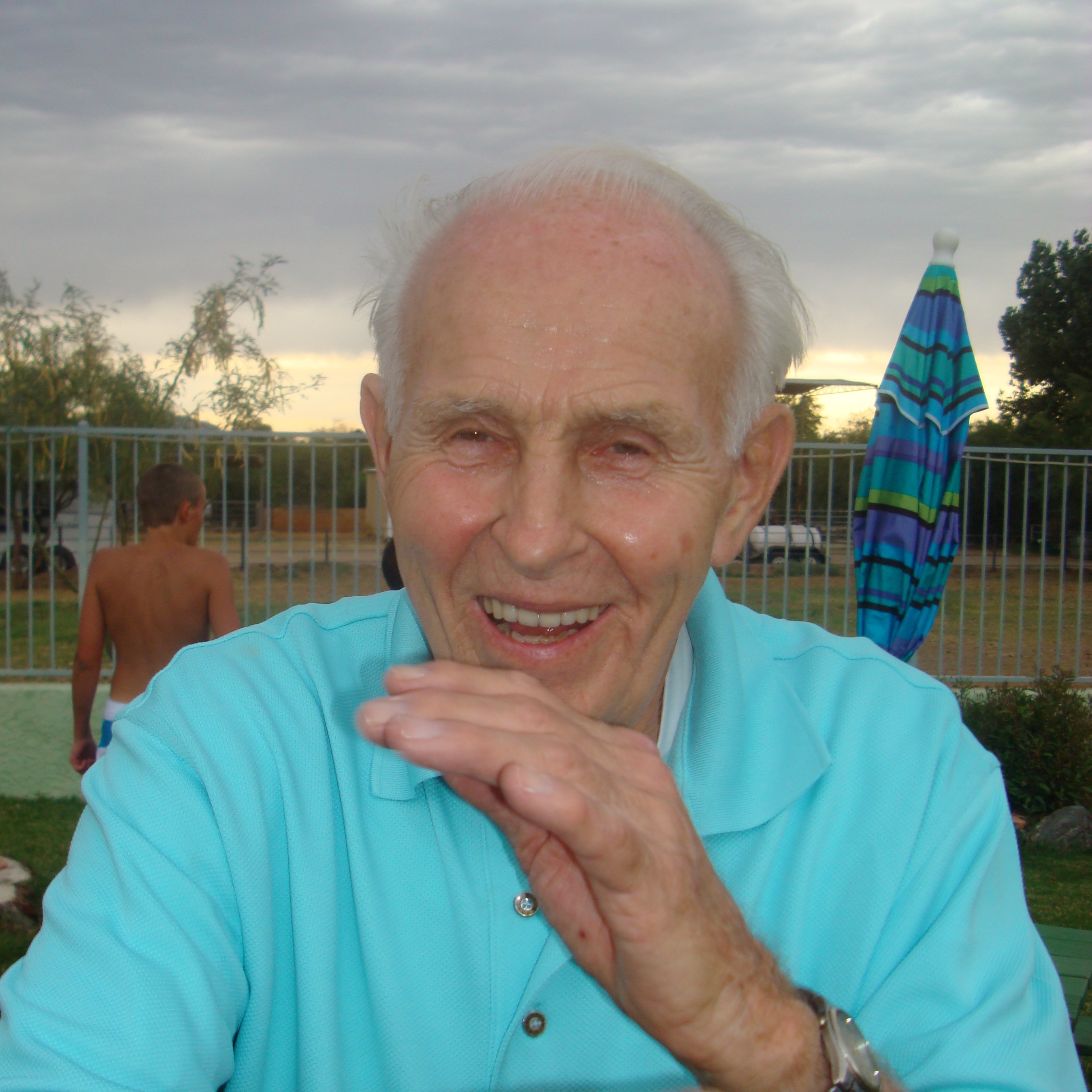 Chet was born to Simon and Esther (Newhouse) Bauman in 1928 in Youngwood, Pennsylvania. Tragedy struck Chet's family early in his life during the Great Depression with his father’s passing due to complications from an on-the-job accident when Chet was only 9. The course of Chet's life was forever changed as necessity dictated that he begin working at a very young age to help support his widowed mother and three siblings. This work included neighborhood odd jobs such as mowing and shoveling snow as well as ten-pin setting at bowling alleys into the early morning hours (years before this task was machine-automated). He managed these jobs all while maintaining his school studies and even eventually playing for his high school football team where he played alongside George Blanda, a future NFL Hall-of-Famer. At the age of eighteen, Chet enlisted in the Army where he served as a marksman in Korea and in post-World War II-occupied Japan. He received two medals for his service - the World War II Victory Medal and the Army of Occupation Medal - Japan before being honorably discharged in 1947. Chet's interest in electrochemistry resulted in his 46-year tenure as a lab chemist at Robertshaw Controls in New Stanton, Pennsylvania. In addition to his full-time day lab job, Chet also ran his own television sales and service business from the early 1960s until his retirement from the business in 1985. His passion for his field also led him into teaching nighttime vocational-technical classes in the field of electronics. Chet was an avid golfer, outdoorsman including swimming, camping and hiking, as well an impassioned dancer having developed “The Chester” - his signature dance move. Chet was preceded in death by his father Simon, his mother Esther, his brother Jack and sisters Marian (Neal) and June (Black). He is survived by his wife Elfa (Mosch-Ovitsky), his daughter Gwen (Loughner), son Robert and daughter-in-law Michele Miller, son Eric, son Todd and daughter-in-law Cindy. His is also survived by grandchildren Carina (Mendola), Caleb (Miller), Spenser, Sasha (Klock), Jeremy, Joshua (Storjohann), Steven (Storjohann), Rachael (Storjohann) and great-grandson Casper (DeFloria).

In lieu of any flowers or gifts, Chet's family is requesting that donations be made in Chester Bauman's name to Sunshine Service of Sun City, AZ - a wonderful organization dedicated to providing necessary equipment and supplies to needy elderly individuals. Donations can be made directly via the Sunshine Service website at: https://sunshineservice.org/donations/ or by mail to their address: Sunshine Service 9980 W. Santa Fe Dr Sun City, AZ 85351