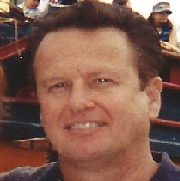 On Thanksgiving Day, November 24th, 2002, Daniel Lee Crabb, loving husband and father of eight, passed away with his family by his side at the age of sixty-nine. Daniel, AKA: Lee or Dana, was born to Buel and Gloria Crabb on March 3rd, 1953. He was the eldest brother to Michael Ray and sister Patricia Elaine. Daniel was an avid reader earning his degree as an Electrical Engineer working in engineering services for over thirty-five years. He earned many awards and Certificate of Achievements from companies such as IBM, Eaton Corporation, and Westinghouse, just to name a few. Daniel married Linda Rose Wright and became a devoted and loving father to his children Sarah, Rebecca, Samuel, and Suzanna. In 2001 he met and married the love of his life, Barbara Bennett and had the opportunity to share his love and devotion to her four children Nicole, Bennett, Justin, and Colton (Dhruv). Ten years later, they renewed their vows and were married in the Mesa Temple sealed for time and all eternity. Daniel was best known for his quick-witted humor, fierce determination and generous spirit. He loved to cook, eat, swim, play his guitar, write poetry, and sing. He also loved the great outdoors enjoying the pleasures of gardening, biking, hiking, camping, fishing and hunting. Daniel was a lifelong member of the Church of Jesus Christ of Latter-Day Saints with a fervent testimony of the gospel and its teachings. He served in many callings of the church, but his greatest joys were doing genealogy work for his ancestors and working as a Temple Ordinance Worker in the Mesa and Phoenix Temple. He is preceded in death by his parents, Buel and Gloria Crabb and his beloved brother Michael Ray Crabb. He is survived by his immediate family; wife Barbara Bennett-Crabb, their eight children, 23 grandchildren, 3 great grandchildren, and sister Patricia Elaine Stagg.