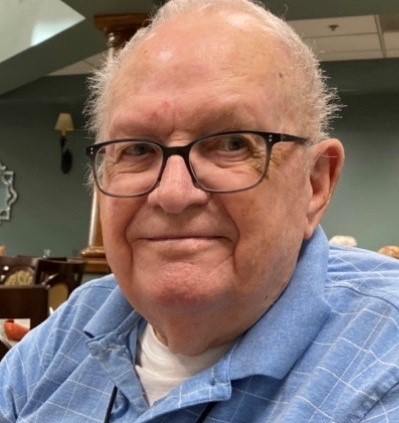 Daniel Sherman Jones III, 92, of Sun City, died Saturday, August 1, 2020 after a brief illness. Dan is survived by his sister, Helen Priscilla Woolwine of Mission, Kansas, brother Graham Douglas Jones of Jefferson City, Missouri, and a large family of nieces, nephews, grandnieces and grandnephews. Dan was born in Alamosa, Colorado, and attended the University of Nebraska, where he was a member of the Phi Gamma Delta fraternity. After graduation, he served two years in the U.S. Navy. He married his college sweetheart, Shirley Ann Hahn, and together, they moved to Pittsburgh, PA. There, Dan worked for 35 years at Westinghouse in research and development as a mechanical engineer and Shirley taught school. After retirement, they moved to Sun City and Prescott, AZ (where they spent the summers) to further pursue favorite pastimes. In Sun City, they were active in the Union Hills Country Club and All Saints of the Desert Episcopal Church. An avid golfer, Dan also took an active role in the Union Hills Country Club holiday chorus performance group. At church, fellow parishioners and friends remember Dan as active in all aspects of the life of the congregation, and instrumental in the beautification and enhancement of the church grounds. His wife, Shirley, passed away in 2002 at age 73. In his later years, Dan enjoyed travel, often with companion and friend Ann McGill. Dan moved to The Woodmark at Sun City in 2011. His family would like to extend special thanks to Ann’s daughter and son-in-law Linda and George Wolf, and all the staff at The Woodmark for many years of friendship and support. And our most heartfelt gratitude goes to Val Litchy and Geriatric Resources for their loving care and attention to Dan’s needs during his last two and a half years. Dan will be inurned at All Saints of the Desert Episcopal Church in Sun City. Memorials in Dan’s name may be made to All Saints of the Desert.

No funeral service will be held.