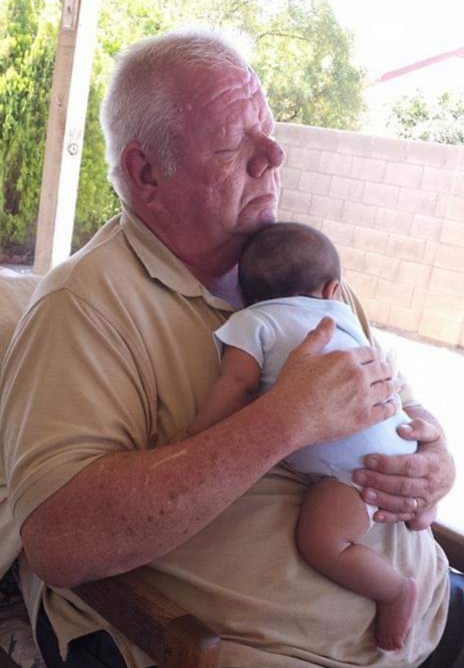 Daniel W. McDermitt of Peoria Arizona passed away April 13th 2020 at the age of 67. Dan was born in December 1952 and adopted by his parents George and Eldora McDermitt in Phoenix Arizona. Daniel grew up in Phoenix with two siblings, Mike and Kathy and spent the majority of his life here. Dan graduated from Maryvale High School in 1969. Shortly after graduation he joined the Air Force and spent most of his enlistment in Germany. In his childhood he found his love for music. Dan played in a few bands and wrote several of his own songs. In June of 1987 Dan went on a blind date where he met his wife Lora. Daniel and Lora married on September 21, 1987 and have 6 kids together. Dan and Lora had a love that most people dream of, spending over 32 blissful years married. Daniel had a long fulfilling career as an electrical engineer at APS. Daniel was a loving, kind, passionate family man. He spent the last 13 years enjoying watching his grandchildren be born and grow. His face would light up whenever he had the chance to share stories of his grand babies. In 2019 Dan set out on a search for his biological family. He found he has many siblings on both his biological mother and fathers side. Dan was elated to find his siblings and made great relationships with them in the last few months of his life. Dan is preceded in death by his Mother Eldora, Father George and Sister Kathy Carrington, his biological Mother Margret Bemis, biological Father George Aloysius Cross and biological brother Joseph Cross. He is survived by his wife Lora, Sons Stephen, Shane, Daniel McDermitt Jr. Daughters Deborah McDermitt, Nykole, Tabatha, Brother Michael McDermitt, 13 grandchildren and his biological brothers and sisters Leo Cross, Greg Cross, Jeannine Cross, Kathy Cross, Joy (Cross) Hoard, Fred Cross and Steve Cross.

The Family will be holding a Memorial service for Daniel at a later date due to the coronavirus pandemic. Please get in Contact with Lora, Daniel Jr. or Deborah at 623-979-0586 if you would like to be contacted when the services are set.