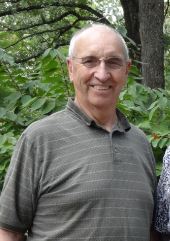 David Lee Hummel August 15, 1936 – April 28, 2019 David Lee Hummel, age 82, was born in Malvern, Iowa, to Franklin Thomas Hummel and Nellie Lavonne Hummel (Clay) along with a sister Gloria Mae Wilson (Hummel) and a brother Thomas Wiley Hummel. Dave grew up on a farm outside of Glenwood, Iowa. He attended grade school at Elm Grove Country School in Mills County, Iowa and then attended Tabor high school in Tabor, Iowa where he was an all sport athlete (football, basketball and baseball). Dave was given the nickname Deacon which stuck throughout his high school athletic days. He graduated from high school in 1954 and had earned a scholarship to play football but was unable to attend college because of work on the farm. Dave worked at the Swift Packing Plant in Omaha until he joined the Air Force in 1955. He went to basic training and then was stationed in Topeka, Kansas. Most weekends he came home to see family and on one of those weekends he met Marcia Jean Hargrave whom he later married in April of 1958. Dave and Marcia were married in the Nazarene Church in Glenwood, Iowa. Recently they celebrated 61 years of marriage! They had 2 sons, David Mark Hummel and Jeffrey Lynn Hummel. After 4 years in the Air Force he went to work at Western Electric in Omaha, Nebraska in September of 1959. In 1969 he moved to Glendale, Arizona where he continued to work for Western Electric and raise his family. In 1974 he joined the Air National Guard and was a Master Sergeant working on the Flight Crew. Dave retired in 1990 after working for 30 years with Western Electric. In 1991 he retired from the Air National Guard after 20 years. He lived in Glendale for 35 years before moving to Sun City, Arizona. Dave enjoyed woodworking, playing softball, and golf. He loved all of his family including grandchildren and great grandchildren. Dave is preceded in death by his parents Franklin Thomas Hummel and Nellie Lavone Hummel (Clay), His brother-in-law, Gail Wendell Wilson, granddaughter Jennifer Nicole Hummel and his great grandchildren Timothy Pennington and Jeremiah Pennington. He is survived by his wife Marcia Hummel, his sister Gloria Wilson, his brother Tom Hummel, his son’s Mark (Debbie) Hummel, and Jeff (Julie) Hummel. His grandchildren Kelly (Jessie) Pennington, Jamie (Andy) Romo, Jacob (Alli) Hummel, Jared (Jessica) Hummel, Dayna (Isaac) Hauf, Bethany Cota and James Hummel. His great grandchildren Hanna Pennington, Emalee Pennington, Noah Romo, Ally Romo, Eli Cota, and Oliver Hummel. Dave passed away Sunday April 28, 2019 at home with family after a brief battle of Liver Cancer.

In lieu of flowers donations may be made to: Maranatha Baptist Church 9120 North 95th Avenue Peoria, Arizona 85345