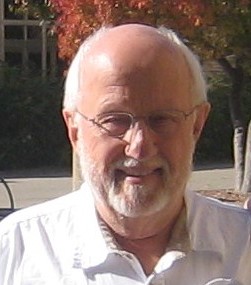 David Larson died January 5, 2021 due to complications of Covid-19. David lived a great life and his memory will live on with the many people who knew and loved him. Born in Spartanburg, SC on August 8, 1941, and raised in Aberdeen, David was born into a construction family. After his father’s passing, David assumed control and managed Larson Construction, a company that was instrumental in the building of many roads and bridges across South Dakota. He always said he had concrete in his blood. With his move to Deadwood in the early 80s, David really found his true loves, personally and professionally. He met his wife Mary Dunne and he became a leading voice in the effort to save Historic Deadwood. In 1987, David was a founding member of the driving force that brought legalized gambling to Deadwood: the Deadwood You Bet Committee. David was a founding member and 9 year president of the Deadwood Historic Preservation Committee, the group that used the tax revenue from the newly created gaming tax to revitalize Deadwood. In addition, David served on the National Board of Historic Preservation Commissions. With his strong construction background and love of history David was instrumental in helping guide Deadwood to become one of the premier historic towns in the United States. Mary and David opened Deadwood Dick’s in the W.E. Adams building on Sherman Street. What had previously served as the local Sears store became the spot for locals to discuss town history and see what David was up to. Luckily the building is very large and he began to fulfill his great passion of saving the past. Deadwood Dick’s Antiques was three floors of antiques and you could almost always find David sitting on a bar stool ready to answer any question about Deadwood or the Black Hills. He even helped identify historic pieces for the TV show Diggers when it was filming in Deadwood. David combined his love of collecting with his love of travel, and left his footprints in many places throughout North America and across the globe. He especially enjoyed train travel and never missed an opportunity for a train ride. David will be missed by his wife Mary, his sons Paul (and grandsons Kevin & Kyle) David (and grandsons David & Jerryd); step son Seth Cohen, and brothers Steven & wife Trish, and Carl & wife Carole.

Per David’s wishes there will be no services. Condolences may be sent to 3 Burlington St., Deadwood, SD 57732.

Memorials to the Alzheimer's Assoc.