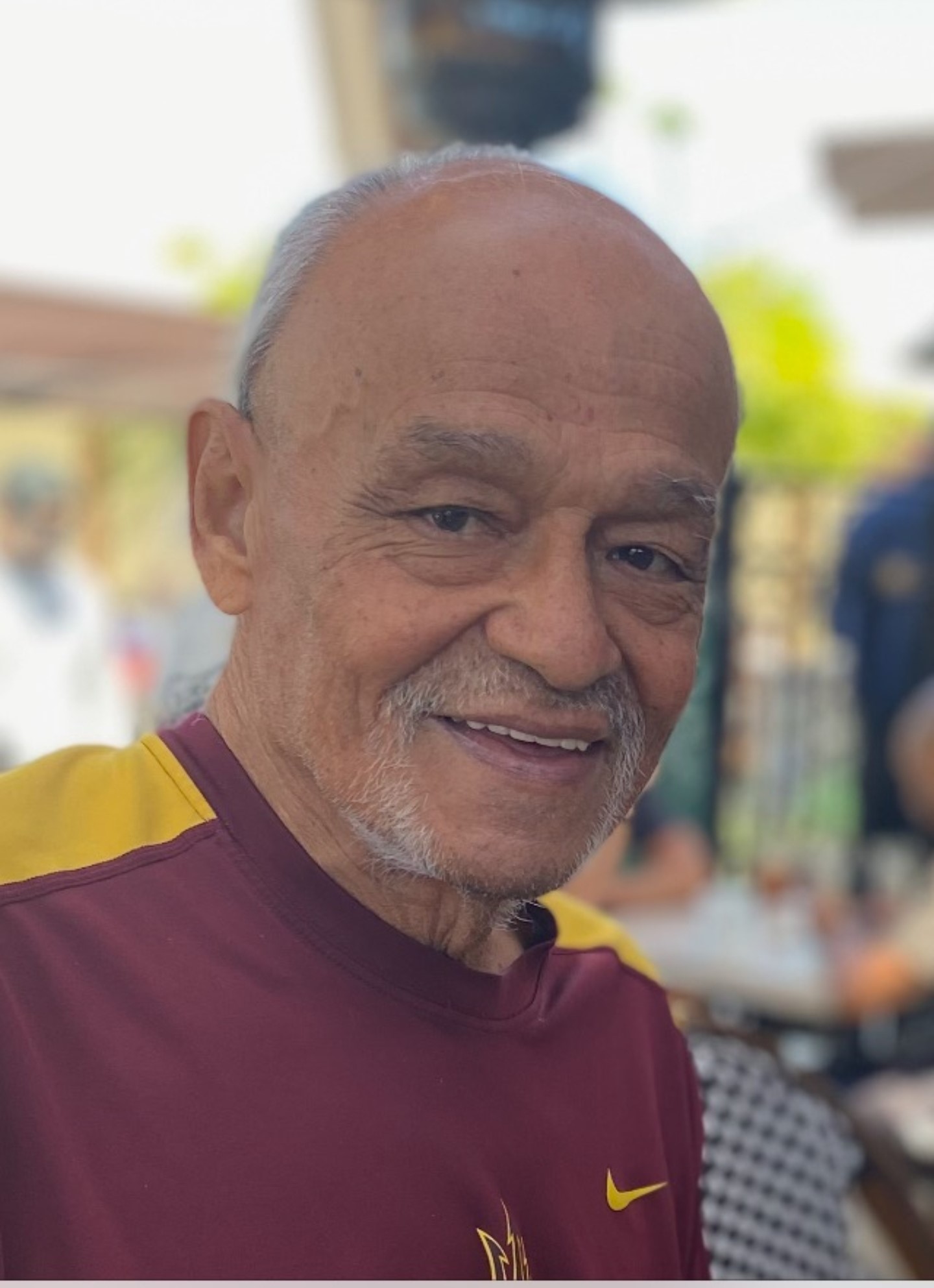 David V. Aros, 75, passed away peacefully, at home, surrounded by his family and fur babies, on Wednesday, November 2, 2022. He was preceded by his parents, Frank and Sally Aros, brothers Steve Valenzuela, Eddie Valenzuela, and Michael Valenzuela, sons David Dino Aros (Monique), Orlando Aros and Daniel Hernandez-Aros. He is survived by his wife of 35 years, Tillie Aros, brothers Rey Valenzuela (Susie), Jaime Aros, sister Teresa Valenzuela, children, Javier Aros (Maria), Stephanie Aros, Daniel Bobian Jr (Monica), and Freddie Jimenez III (Dee). He is also survived by 25 grandchildren and 7 great-grandchildren and his fur babies, Nixon and Tinker. David, a Phoenix native, grew up in the Central Park neighborhood, attending Monroe Elementary and Phoenix Union High School. He was a Water Service Rep for the City of Phoenix, retiring after 30 years in 1997. He was a member of the 2220th Transportation Unit with the Arizona National Guard and was deployed with the U.S. Army to Operation Desert Storm and served our country for 13 years. David, AKA Zeke, Precious, Daddy, Pops and Tata, was a man’s man, a man of integrity, honesty, a family man and all-around good guy to everyone he met. He was the go-to guy whenever anything broke, needed decorating or if you needed someone to talk to whenever you were feeling down. He was a big man, a teddy bear with the biggest heart anyone could find. His love of music and dancing were a big part of his life. He was never without his music, and he made sure it went with him wherever he went. We, as his family, are so grateful that he was the head of our household and was in our lives. He was a hands-on dad and raised his children with lots of love, discipline and taught them to be good fathers and mother when they had families of their own. He adored his grandchildren and always looked forward to spending time with them. If any of his family or friends needed him, he would drop what he was doing and go to help with whatever they needed. His favorite time of year was Halloween and especially, Christmas. His love of those holidays showed in his elaborate decorations of our home. He believed in tradition, teaching his children and grandchildren his traditions and all he knew. David is already being missed and will always be missed by all who knew and loved him. He was a Sun Devil fanatic, so please honor him by wearing your ASU shirts for his services. A Memorial Service will be November 16 at 11am at Best Funeral Services at 9380 West Peoria Avenue. Graveside services will be at National Memorial Cemetery of Arizona at 23029 N Cave Creek Rd. at 1:30p.

A Memorial Service will be November 16 at 11am at Best Funeral Services at 9380 West Peoria Avenue. Graveside services will be at National Memorial Cemetery of Arizona at 23029 N Cave Creek Rd. at 1:30p.

Contributions can be made in honor of David V Aros to: Hospice of the Valley 1510 E Flower St Phoenix, AZ 85014