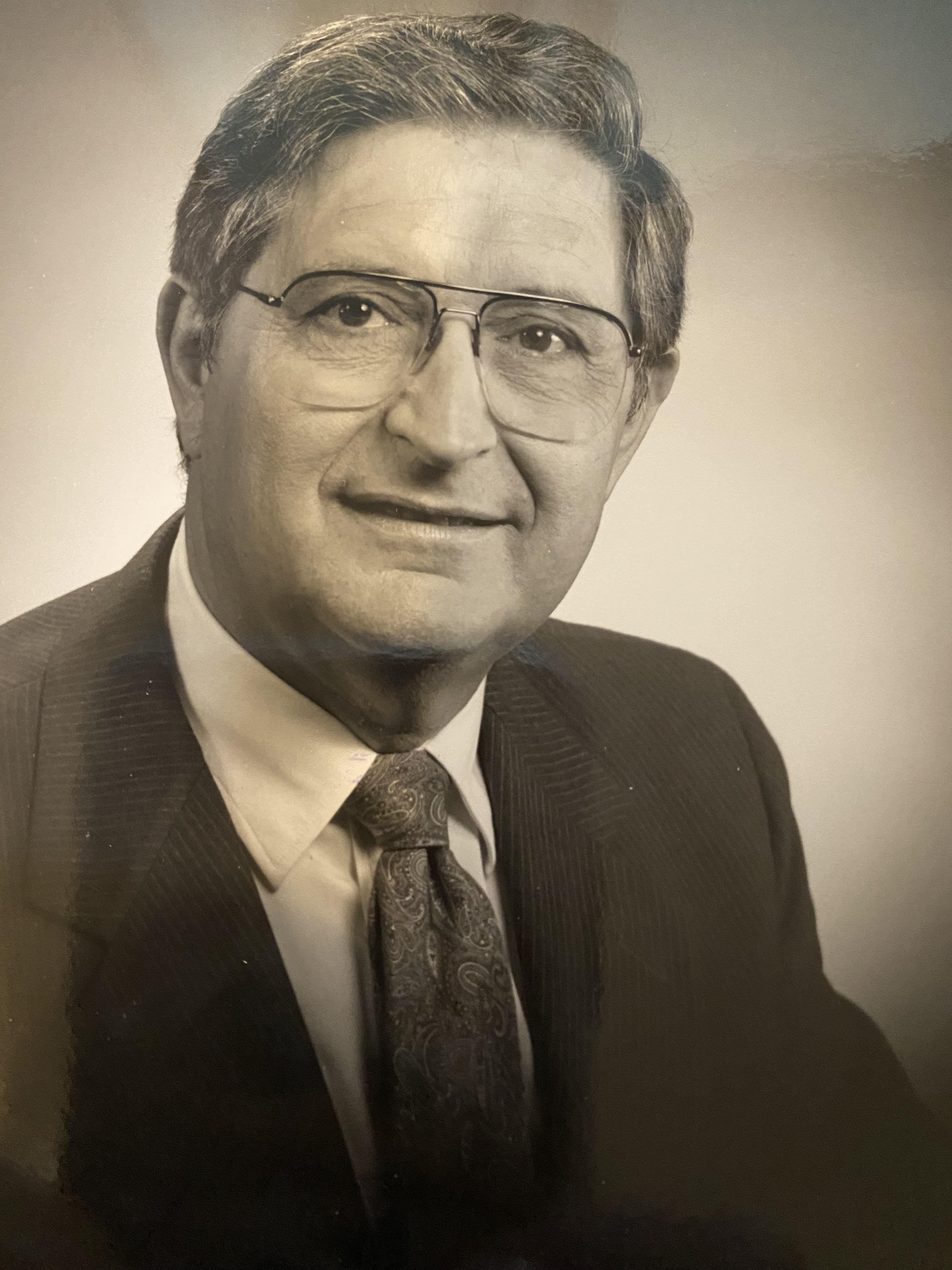 David Winfield Mann was born on April 30, 1930 in Elkhart, Indiana, the son of Cleo Aaron and Nellie Marie (Miller) Mann. He died at Phoenix, AZ on December 13, 2021, age 91. He attended elementary and high school in Elkhart, Indiana, living there with his parents until graduating from college. When he was 6 years old his parents helped to plant the Pleasant View Mennonite Church north of Goshen, Indiana. He accepted Christ when he was 9 years old and was baptized by Bishop D. A. Yoder at the Prairie Street Mennonite Church, the mother-church of the Pleasant View congregation. He was deeply influenced by the life-long modeling of his parents devotion to Christ, the Mennonite Church and service to the spiritual and material needs of the world. In 1947-48, between his junior and senior years of high school, he spent 14 months in Belgium under Mennonite Central Committee, where his father was director of reconstruction following World War II. This was a significant broadening experience in his life. After graduating from Goshen College in 1953 and Goshen Biblical Seminary in 1954, he was married to Mona M. Aeschliman on October 10, 1954. Their first year of marriage was spent in Hannibal, Missouri where he served a pastoral internship under Nelson E. Kauffman. In 1955 he was called to serve the Albany Mennonite Church, Albany, Oregon. He was pastor of this congregation for 15 years. During this time served in various capacities in the Pacific Coast Mennonite Conference, as well as in leadership of the Oregon Mennonite Camping Association. He also served on the Overseas Committee and Board of Directors of Mennonite Board of Missions. Here at Albany David was ordained to the ministry on July 8, 1956. He, his father and brother-in-law, J. Alton Horst, were all ordained to the ministry within a three month time in 1956. On June 5, 1960 he was ordained as a bishop and subsequently served in this capacity with the Albany, Logsden, Lebanon, Eugene and Corvallis congregations. During these years in Oregon their family was blessed with three children, David Michael, Timothy Wade and Jeanne Marie. Twins, Stephen Kent and Thomas Brent, died at birth in January 1961. In 1970 the family moved back to Elkhart, Indiana for two years while David continued his studies toward an MDiv degree at Goshen Biblical Seminary and he served half-time as Director of Church Relations for the Seminary. In 1972 he was called as pastor of the Sunnyslope Mennonite Church in Phoenix, AZ, where he served for 20 years. Again in this setting he served in various leadership positions including nine years as moderator in the Southwest Mennonite Conference. He served on the Mennonite Church General Board for a total of 14 years. In 1989 he was elected to serve as Moderator-Elect of the Mennonite Church, serving as Moderator from 1991 to 1993. David was called to pastor the Hesston Mennonite Church, Hesston, Kansas in 1992. He served this congregation for five years, retiring and returning to Phoenix, Arizona in 1997. On returning to Phoenix David and Mona became members of the Trinity Mennonite Church in Glendale, AZ and he worked as office manager for his son, Timothy in TM Construction, Inc. He retired from this work in 2011. David and Mona moved to the Glencroft Retirement Community in June 2013. He is survived by his wife, Mona; two sons and a daughter: David and Jeanne of San Diego, CA and Timothy and wife Lynne of Phoenix; three grandchildren, Kevan, Allison and Audrey; two step grandchildren, PJ and Andrew Myers and a sister, Dorothy (Mrs J. Alton) Horst of Elkhart, IN. In lieu of flowers, the family would like in memoriam charitable contributions to Mennonite Central Committee (www.mcc.org) and Drift Creek Camp (www.driftcreek.org)