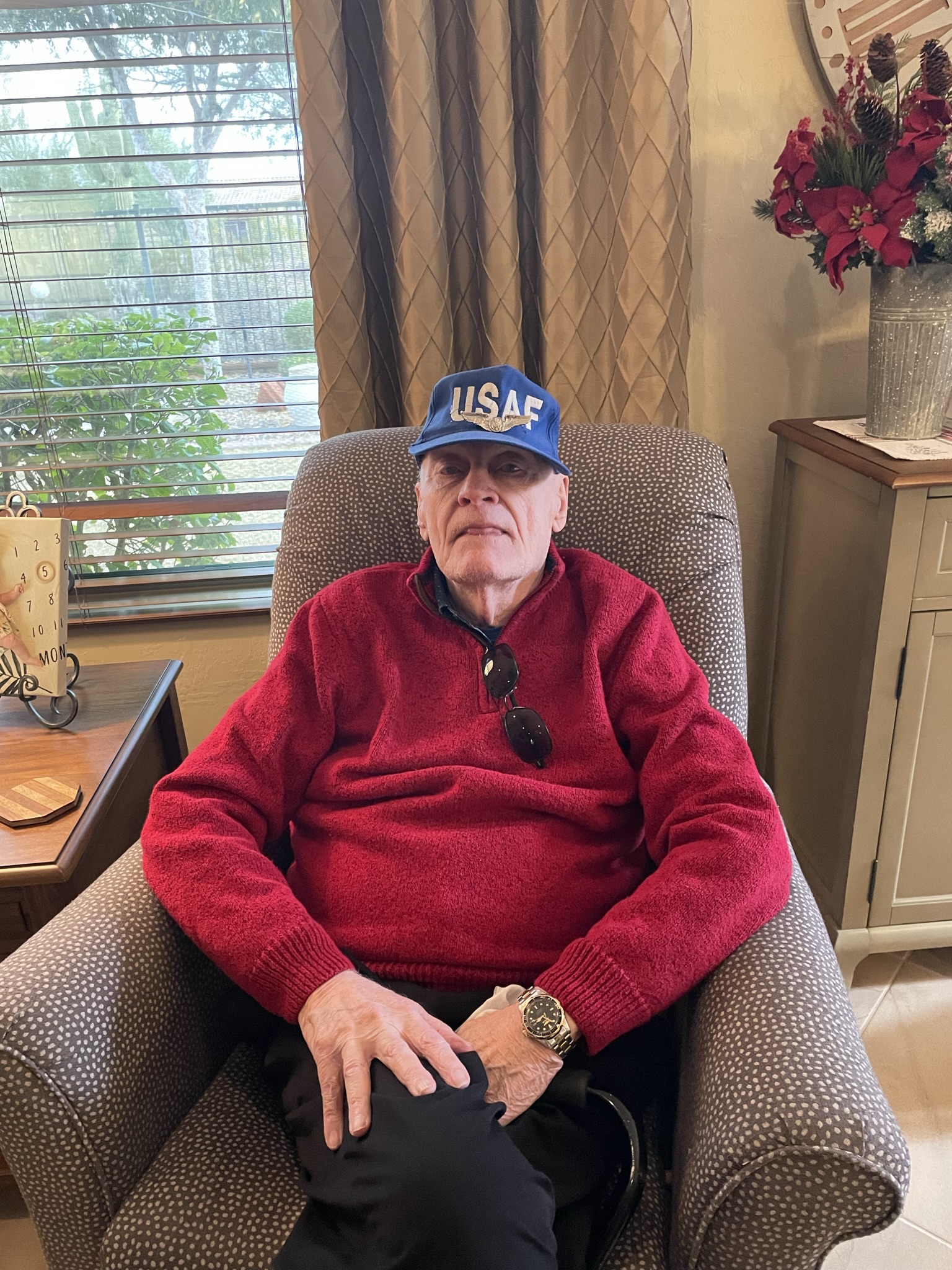 DONALD JOHN BOOTY, SR. Donald John Booty, Sr., 92, passed peacefully in the presence of his loving family on Sunday June 5, 2022. He was born in Chicago, IL on October 30, 1929, second son of Philip C. and Erena M. Booty, and grew up in the Beverly neighborhood. Don had four brothers: Phillip (eldest); Robert and Roger (twins); and Terrence, youngest and only surviving brother (Susan). He graduated Calumet H.S. in 1947, with additional studies in general electives and fine arts at a Chicago area community college and other vocational schools, his first job designing business forms. With the outbreak of the Korean War, Don joined the United States Air Force in early fall 1950, serving a full four-year term assigned to the 314th Troop Carrier Group. First posted to Lackland Air Force Base in Texas, he next trained at Keesler AFB, MS in the Airman Electronic Fundamentals & Radar Mechanic Airborne Equipment Courses, developing proficiency also in the Joint Army/Navy Phonetic Alphabet used 1941-1956 (“Able, Baker, Charlie, etc.”), Morse Code and other. He then began active flight service as radio operator and crew member on a C-119 ‘Flying Boxcar’ troop and equipment transport aircraft attached to the 36th Troop Carrier Squadron of the 314 th , posted at Atterbury AFB in Columbus, IN and then Sewart AFB in TN. In 1953 he shipped overseas for one year of duty with the FEAF (Far East Air Force), stationed at Ashiya Air Base, finishing his service back in the U.S. at Sewart. During his four years in the Air Force, he also helped design and illustrate several base papers, newsletters, and holiday publications, attracting the favorable attention of Air Force Brigadier General Lacey Murrow, eldest brother of famed journalist Edward R. Murrow. After an honorable discharge from the Air Force, Don married Karlene Laverne Bergman in November 1954, his beloved wife of sixty-seven years who survives him. He is also survived by their four children, Donald John Jr. (Anne), Kenneth Wilfred (Nelly), David Allen (Katherine), and Kristen Lynne DeBenny (Joseph III); their six grandchildren, Jillian Mullenix (Steve), Leandra, Joseph, Kenneth, John, and James; and their new great granddaughter, Adelaide. Initially working in package design, Don joined Silex Corporation in Chicago in 1955, overcoming his lack of a design education by selling a VP with his “overnight redesign” of their new product. He quickly rose to Chief Industrial Designer, addressing products that ranged from kitchen appliances to electric garden tools, including his highly successful design of the Silex ‘Juic-it’ Juicer that sold well into the 1980s virtually unchanged. In 1959 he left Silex to start his own industrial design consultancy, turning down the Chief Designer position for the new Proctor-Silex Corporation in Philadelphia following its acquisition of Silex. His work included a wide range of product design from housewares and appliances to industrial equipment, electronics, and residential & commercial lighting, much of this as chief consultant designer to the president of Walter Kidde Corporation, for several of their 138 manufacturing companies (including Spartus, Farberware and Progress Lighting). In the late 1970s he formed Trakker Corporation to manufacture his own patented line of track lighting and surface-mounted electrical systems, which included his architectural design, industrial engineering, and production line set-up of its manufacturing facility in Munster, IN. After Trakker’s acquisition in 1988 by Lithonia Lighting in Atlanta, GA, Don’s reformed design group then consulted from 1989 through 1992 to Lithonia and its various lighting divisions, and to new clients. He also returned to manufacturing in the 1990s, founding the Westport Millwork Corporation (upscale architectural window enframements) and Vee’s Collectibles, designer and manufacturer of unique premium collectibles, still in business today. Over the course of a design and manufacturing career spanning six decades, he received much recognition as a designer; as an inventor, he was awarded some thirty-six U.S. and foreign utility patents in various product categories; and was recognized in both Who’s Who in Engineering and its Technology counterpart. Don’s other creative work included the fine arts, with paintings commissioned for (among others) film and stage actor Dan Dailey, journalist and TV personality Irv Kupcinet, and the State of Illinois Assembly Building in Springfield, IL; including those gifted to and still cherished by family and friends alike. His artistry and creative wit combined in the field of cartooning, with work commissioned by clients ranging from International Harvester for employee safety manuals to ‘political travel posters’ for a Chicago printer & silk screener. And creative writing: author of five historical and other themed novels beginning in his seventies, Don’s books included The Return of the Patron, The AZ, The Way Back, Grant’s Colt and Defiance, Arizona. He was also a gifted self-taught pianist. A Christian memorial service with military respects will be held at the National Memorial Cemetery of Arizona in north Phoenix for Donald, with date to be announced by the family, to honor his service to the nation and celebrate his amazing life well-lived.