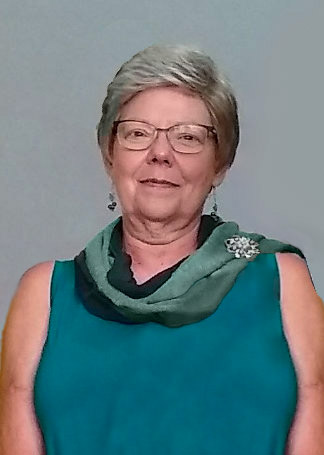 Donna Lee Briggs, age 67, of Glendale, AZ, formerly of Quincy, IL, joined The Creator early Tuesday morning, February 11, 2020 having passed following a short illness at Banner Thunderbird Medical Center, Glendale, AZ. Donna was born September 23, 1952 in Urbana, IL to Rita Marie (Schnier) Nelson and Carl Allen Nelson. She married Robert “Bob” Briggs in 1999. Donna was a graduate of Quincy University and with her husband Bob, ran a successful tax and accounting business in Quincy for many years. Donna was a kind and compassionate woman who had a quiet strength about her that came from an intimate relationship with The Creator forged with a strong spiritual practice. She was a dedicated and committed mother who worked to model graciousness and tenderness for her daughter Jennifer. Donna was also a loving sister to her siblings and nursed her sister Sandy through several years battling cancer and everything that entails. She never uttered an unkind word toward anyone and looked for the good in everyone. She was a lover of all God’s creatures and held a particular affection for cats. She and Bob rescued and fostered many kittens over the years. She was a surrogate mother to many animals in need of her loving presence and care, the most recent being her deceased sister Sandy’s dog “Cubby” who made the move from Illinois to Arizona with Donna. Donna had a life-long love of cooking, gardening, sewing and was a late bloomer to the art of china painting for which she had developed a particular talent. She was a former member of the Quincy China Painters. Her deviled eggs were legendary and for decades were an expected staple at every family event. She also enjoyed teaching chair yoga, researching natural remedies, and was a model of healthy living. She was especially gifted in supporting others to grow in their spiritual journey. She volunteered at her church, Unity Spiritual Center, helping to run the communications and audio/visual presentations and typing the bulletins. Donna was a gracious and gentle soul who was welcoming to everyone and will be missed by all who knew her. Donna was preceded in death by her husband Robert “Bob” Briggs of Quincy; her mother Rita Nelson of Quincy; her father Carl Nelson of Versailles, KY; her sister and brother-in-law Sandra “Sandy” and Larry Miller both of Quincy; and half-brother Mark Keith Nelson of Elkhorn, NE. She is survived by her daughter Jennifer (Jason) Wright of Port Angeles, WA; step-daughter Michele Briggs of Quincy; sister Lisa (Steve) Ballard of Glendale, AZ; brothers Stephen (Neva) Nelson and Ronald (Sandra) Nelson all of Quincy; six grandchildren Rachel and Beth Jones, Kellie Campbell, McKenzi Buntyn, Megan Wright and Devon Garrett; six great-grandchildren Annabella Will, Sophia Ingels, Natalie Burkett, Lydia Myers, Rhys Spears, and Maslow Pierce.

A celebration of life service will be held in Quincy later this Spring when her cremains will be laid to their eternal rest next to her husband and mother in Quincy’s Calvary Cemetery.