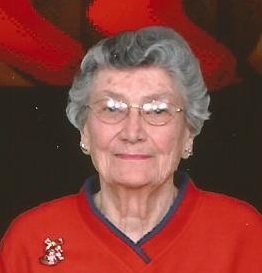 Geraldine W. Paul, M.D., age 88, of Sun City, Arizona passed on October 20, 2019. Dr. Paul was born in Roanoke, Virginia and was the daughter of the late Frederick W. and Grace Watson Paul. She was preceded in death by her brother, Frederick W. Paul, Jr. and is survived by her niece, Ellen Nipper and two great nephews, Frederick Nipper (Texas), Brandon and wife, Virginia Nipper and two sons (Virginia) and two cousins. Dr. Paul attended public school in Roanoke and Front Royal, Virginia. She graduated from the University of Richmond and the Medical College of Virginia. She completed a residency in obstetrics and gynecology at George Washington University in Washington, D.C. Dr. Paul was board certified in OB-GYN and was on the teaching staff at George Washington University. She practiced medicine in Falls Church, Virginia until moving to Sun City, Arizona in 1977. There, she had a private practice and was a consultant in OB-GYN at Luke Air Force Base. After retiring, she continued to live in Sun City. Dr. Paul, during retirement, traveled extensively and maintained many friendships in the east, where she usually spent her summers.

Burial services will be private, and memorials may be made to the hospice foundation.