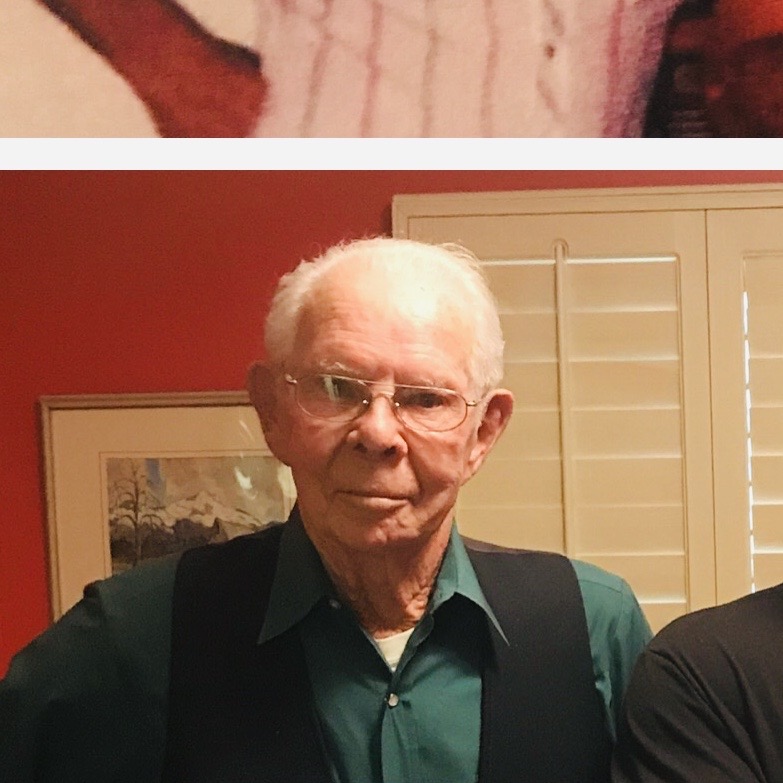 Earl and Helen moved their family to Phoenix, Arizona in 1954, worked hard all his life. Earl retired from working at the age of 60 (as soon as he could) but didn't retire from staying very active and keeping busy. Earl and Helen moved to Payson, AZ after retiring. Moved to Sun City, AZ in 2002. Helen passed away shortly after moving to Sun City. Earl lived alone and learned to cook, wash clothes, and even some cleaning house his way. He enjoyed working outside trimming his bushes and trees. Yep, on the ladder, too. Playing Bocce Ball on Friday night. Right up to week before he fell in his house, tripping over a rug, fractured his femur. Earl did not like that... he didn't like not being able to walk and doing stuff his way when he wanted to do it. Mostly he didn't like someone caring for him. Earl was 99 years and 9 months. He went to be with his wife Helen, his son George, his grandsons William Scott, Tom Bissell, 3 brothers, and many other family and relatives preceded in his death. Earl is survived by 1 son (Larry), 1 daughter (Sandra), 2 daughter-in-laws, 10 grand-children, 17 great-grand-children, 5 great-great-grand-children plus 3 more not born yet. 1 brother (LeRoy) and 2 step brothers (Ervin and Marvin ). Earl was loved and will be missed by thousands.

Memorial Contributions as you wish