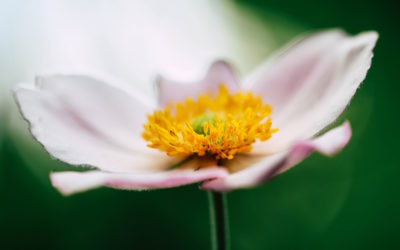 On Friday, July 31, 2020, Eleanor Mary Horvath, nee Radakovits, passed peacefully at her granddaughter Melissa’s home with the loving care of her daughter, Mary Ann, and granddaughters, Michelle, Melissa and Marcy. She was born in Chicago, Illinois on February 25, 1923, but returned to her parents’ hometown of Güttenbach, Austria when she was 2 years old. There she lived through the Great Depression and World War II, where she grew into a strong, determined woman until after the war. When she returned to Chicago in 1946, she met and married the love of her life, John. John and Eleanor raised Jim and Mary Ann in Chicago and as the kids were in their late teens, the two of them spent time in California in the winters. After Eleanor retired, they split their time between their home in Lake Geneva, Wisconsin and Chula Vista, California. Later they would spend winters in their mobile home in Clearwater, Florida. In September, 2001, less than three months before John passed, they moved to a 55 and older community, Saddlebrook Farms, in Grayslake, Illinois. In November, 2018, at 95, Eleanor relocated to Scottsdale, Arizona so that she could live the remainder of her life close to her daughter and granddaughters and their families. Eleanor was multi-talented, a woman who was not afraid to try anything. She was known for her artistic painting ability, sewing, knitting, crocheting, crafting, cooking and game playing, including cards and Bingo. Eleanor enjoyed a successful career as a Real Estate Agent for McMullen Realty in Park Ridge, Illinois. Anyone who knew Eleanor, knew of her love of her children, granddaughters, their husbands and great-grandchildren. Eleanor was preceded in death by her loving family members husband, John; siblings, Julian Radakovits and Frances (Franziska) Stubits; and parents, Maria and Lukas Radakovits. She is survived by her loving son, James Horvath, and daughter, Mary Ann (Martin) Balas; granddaughters, Michelle (Kevin) Rasmus, Melissa (Ethan) Banning and Marcy (Michael) Lamb; and seven great-grandchildren, Colin, Christian, Braeden, Gabriella, Sophia, Dylan and Charlie.

Due to Covid-19, a memorial mass and burial will be held in Illinois at a later date, when travel is safer for her family members.