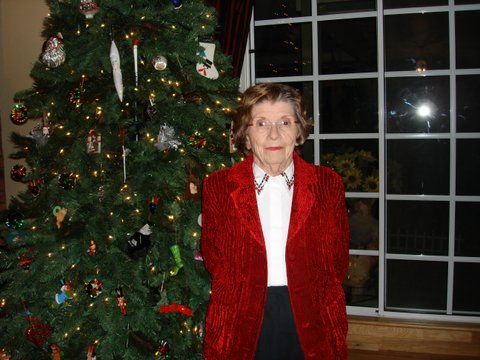 Elise Lewis Bates was the first born child to Olie Austin Lewis and Iola Jennings Lewis in Mantee, MS. She grew up on a farm; picking cotton, shelling peas and helping her Mother cook and can vegetables. She loved spending summers with her Grandparents (Jennings) and often spoke of those happy days. Elise graduated from Cumberland High School in Webster County, MS and attended Clarke Baptist College in Newton County, MS. for two years. She became a teacher at Gosnell High School in Arkansas where she met her husband (a senior), Joe Bates. After his time in the Army, they married and lived in Hobbs, NM where she was a bookkeeper for a car dealership. Joe was in the Oil and Gas business and they were transferred to Midland, TX where Elise held several accounting jobs in that sector. She was a City Council Officer for the Epsilon Sigma Alpha International in 1965. Elise worked almost her entire life and finally retired at the age of 75 in December, 2001. She then moved to Phoenix, AZ to live with her daughter, Cindy. She continued to work by helping Cindy with her business. Elise strived to be her best at whatever she did. She worked hard at physical therapy, coming back twice when it was not expected. She was the most kind and generous and selfless person you'll ever know. Always grateful, never complaining. She always said to me, "You'll never know how much I love you." And I felt that love up until the very end. It was then that I realized EVERYTHING she ever did was for me. All the hard work and sacrifices were for the only child she had. I am so blessed to have had a Mother that loved me so deeply and taught me true kindness. I pray that I can make her proud by being more like her.

Since family and loved ones are located all over the U.S. there will not be a service. Please honor Elise and her memory with prayer.

Anything to help cover expenses for the cremation are greatly appreciated since there was no life insurance in effect. Zelle account under: Bodyworkforlife@gmail.com.