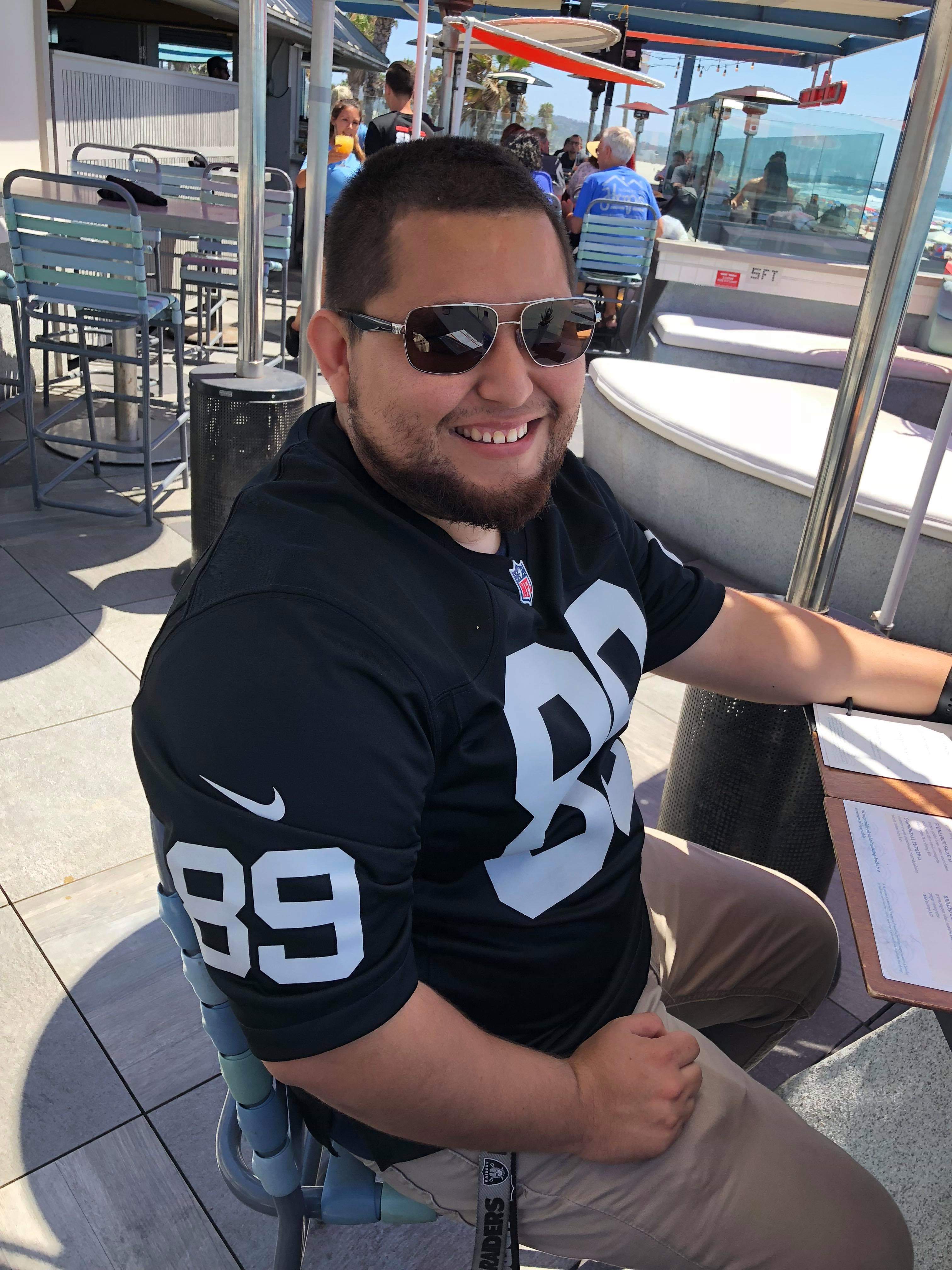 Enrique was born in San Diego, California. He is survived by his parents Rogelio Enrique and Leticia Vega, sisters Gabriela and Nathalie Vega, brother Giovanni Vega, grandmothers Delia Vaca and Ana Elia Elizalde. He is also survived by beloved girlfriend Sofia Lopez, uncles, aunts, cousins, and many more family and friends . Enrique as a child was a very spontaneous. He loved to run around and climb things that normally would get him into trouble like falling and cutting his forehead open. He grew up a happy child. He loved to play with his sister Gabby or as she would say as a child annoy her. As a child Enrique had a passion for cars. He could play with his hot wheels all day long by himself and not get bored. He loved the outdoors as well. Growing up as a teenager he fell in love with sports. Thanks to his dad he was passionate with baseball and football. He got to play a little bit of baseball as a teenager but never played it fully like he would have liked too. He loved to watch baseball and football games. As he got older, he enjoyed all sports in general. He enjoyed watching ESPN. He was named the sport analyst in the family. When his mom would not understand something, she would say let’s ask or call the sport analyst. Enrique had a passion and respect for sports. He studied the game and players and always had an answer. He will always be remembered as die-hard fan of the Padres and Raiders. Enrique loved his family very much. He was proud of his siblings. He always had a word of encouragement for anything they wanted to do or accomplished. He was short tempered, but he was very lovable. He had his dad’s heart. He loved with no resentment. He always had smile. He was a good listener and was good at giving advice. He had a way of touching people’s hearts. With his passing his family has learned that Enrique was a very special young man in many people’s lives. Enrique attended Dailard Elementary, continued his education at Pershing Middle and eventually finishing high school at Patrick Henry in 2013. It took him a few years to finish community college. He took a few jobs in the process to be able to pay for school and his personal needs. He graduated from Grossmont College in 2020 and applied for Arizona State University and was accepted immediately. He was planning on getting his degree in criminal psychology. Enrique planned to eventually work in the police department solving crime cases once he had his degree. He was halfway there. He had just completed his first year at ASU making the dean’s list twice. He was one year from achieving his goal. Enrique was a determined young man. When he set his mind to do something he did it. He was raised by his parents to be independent. When he decided that ASU was the school for him to achieve his bachelor’s in criminal psychology, he did his researched and applied. When he got accepted, he spoke with his parents and automatically got full support from them. What that meant was that Enrique was embarking in the journey of moving to Arizona by himself to finish school. His parents accompanied him to Arizona last year to look for apartments and on August 19th, 2020, Enrique left home to embark his journey in Phoenix, Arizona. At first it was hard for him being that all his life he was surrounded by family and friends. He was eventually joined by his beloved girlfriend Sofia which made his first year a little better. He still missed California very much. He eventually got a job at Starbucks to help himself financially. His parents were always available to help him in any way that they could, but Enrique would tell his mom that he wanted to prove that he could make it on his own and that he would only ask for help if he desperately needed it. Well, let me tell you that he made his parents very proud. With his determination and God’s blessings he was able to conquer the first year of his independence in Arizona on his own. He was able to pay his rent and personal needs on his own. Enrique had a full life ahead of him but unfortunately destiny had other plans. Enrique passed away in his sleep on August 28, 2021. He was only 25 years old. Enrique had accepted Jesus in his heart in his teenage years. So, his parents have the peace of mind that their son is in Heaven.