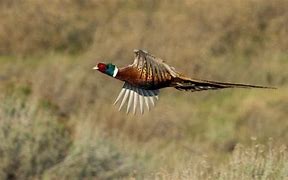 Eugene “Gene” Gilbert Barnum III of Willow, Alaska passed away Thursday, May 26, 2022 in Peoria, Arizona Eugene Barnum III was born on May 29, 1937, Oakland, California, to Eugene Barnum Jr. and Blanche Kramar Barnum. He spent most of his childhood in Mitchell, SD. Graduating from Mitchell High School in 1955, he then attended the University of South Dakota and graduated from Dakota Wesleyan University. Many happy hours were spent on Lake Mitchell. Gene was a lifeguard at Lake Mitchell Public Beach, loved to fish, and in the winter one could find him sailing his ice boat (which he built) or playing ice hockey on the Lake. Gene would often take his sister, sailing, water skiing, canoeing, and hunting. Gene was known for his ability to build almost anything, including building his beloved sailboat, the Artic Ace. As a young man he moved to Alaska to teach school, hunt, and fish. He loved the wilderness and made Alaska his permanent home. Gene had a passion for flying and was a commercial pilot as well as flying for the Bureau of Land Management in Alaska. Gene is survived by his sister Lee Ann Barnum Overbay, niece Kimberlee Satterlee, nephew Thomas Overbay, great nieces Haylee Huke, Maggie Overbay and great nephew Shane Overbay. Former wife Kay Barnum, numerous cousins, and companion Dolores Pagan. Eugene was preceded in death by his parents Mr. and Mrs. Eugene Barnum Jr. a brother in infancy. His paternal grandparents Mr. and Mrs. Eugene Barnum Sr., maternal grandparents Mr. and Mrs. John Kramar, brother-in-law Robert Overbay, nephew-in-law Peter Huke, 5 Aunts and 3 Uncles.