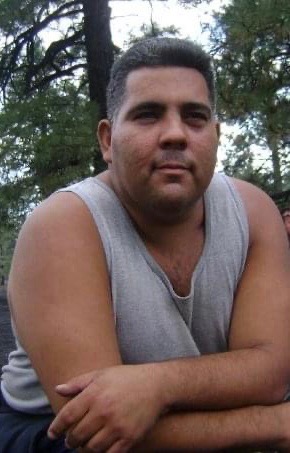 Frederick Jake Padilla passed away on January 11, 2023 surrounded by his family. Fred’s memory will always live on through his wife of 25 years, Christine, and his children, Marissa (Alejandro), Alex (Rosalia), and Ethan. He is also survived by his mother, Catherine, his father-in-law and mother-in-law, Terry and Alice Cooper, and many cousins, aunts, and uncles. He also leaves behind countless friends who considered him family. He was preceded in death by his father, Frederick Sr. Fred was born September 18, 1974 to Catherine Padilla-Ortega and Frederick Padilla Sr. in Phoenix, Arizona. He grew up in the Sunnyslope neighborhood, where he made life-long friendships, and met his wife when they were 12 years old. In his 48 years, he never lived more than 10 miles from Sunnyslope. Fred lived his life as if there was no tomorrow. He had no fears and no regrets. Of all the things that tried to take his life, the only thing that could succeed in the end was his own body.

It was Fred’s wishes to have Mass at Most Holy Trinity Catholic Church 8620 N 7th St. in Phoenix, which will be held on January 28th at 12:30 PM, followed by a celebration of life at their St. Joseph’s hall. All are welcomed to attend and celebrate the life of a truly one of a kind man.