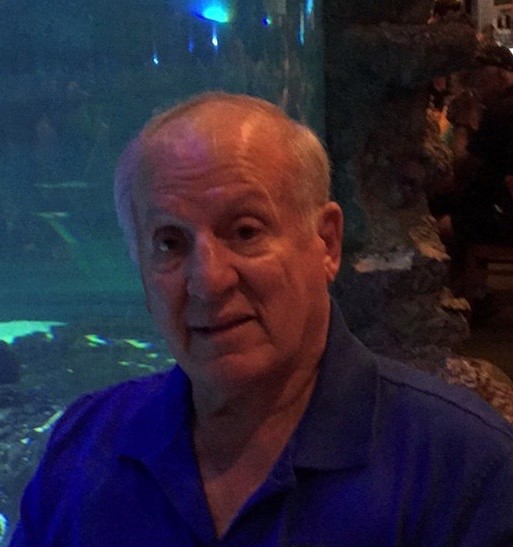 Gary Michael Alberti age 74 son of Dominick and Anne Alberti passed into the realm of his Lord on Sunday December 29, 2019. Gary was born in Chicago and came to Arizona with his parents and brother Tom in 1956. He attended and graduated from Phoenix Central High School where he was a member of the varsity football team. He later served six years in the Arizona Army National Guard. He retired from working as a sales representative of industrial shelving to follow his passions. He was well known for his passion for trains and model trains. He built several model train sets in his garage and backyard including bridges, mountains, and towns as part of realistic sets. Gary loved traveling across the country to various train conventions, and shows. Gary was married to his wife Nancy Alberti for forty years. Both in addition to traveling for train shows, made several trips a year to Disneyland. They shared a love for everything concerning Disney and the Disney characters. He will be remembered for not only for his love of his wife and anything about trains and Disney, but for being a wonderful caring husband, father, grandfather, and friend. Surviving is his wife Nancy of Phoenix, AZ., his children Laurie (Joseph) Hill of Chino Valley, AZ., Chris (Colleen) Valdivia of Lincolnton, N.C. and Russ (Jenny) Alberti of Anaheim, CA. his brothers Tom (Dru) of Queen Creek, AZ. , and Neil (Micky) Perlman of Corona Del Mar, CA. Also included in the family is the mother of two of his children Terri Andrus of Gilbert, AZ., and grandchildren Jeff (Cynthia) and Scott (Dan) Hill, Kiersten (Seth), Hallie, Nolan, Emmie, and Jack Alberti.

According to his wishes, there will not be a viewing or ceremony for Gary. A Celebration of Life picnic will be held in his memory on Sunday, January 19th at the McCormick Ranch Railroad Park in Scottsdale from Noon to 4:00pm.

Memorials may be made in Gary’s name at Hospiceofthevalley.org.