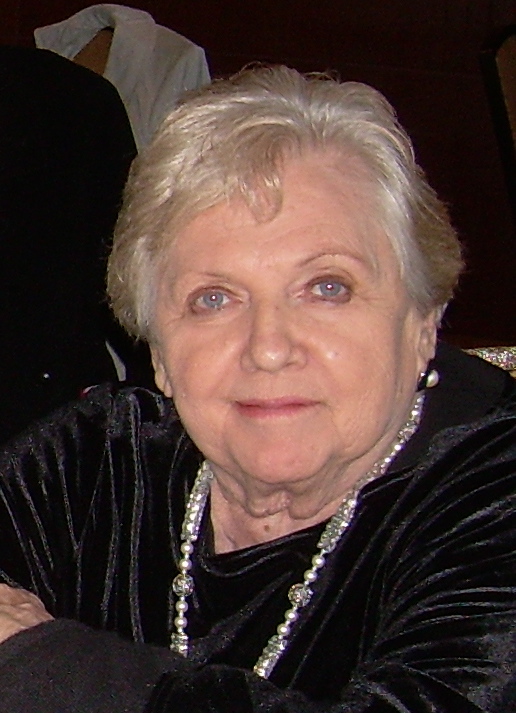 Gayle Ann Merrill passed away Friday morning, May 1, in Phoenix. She was born on June 23, 1933 in Detroit, Michigan to the late Robert and Ada (Titus) Hamilton. She attended Northwestern and Redford high schools in Detroit, and worked at Michigan Bell as a telephone operator before marrying Earl "Hank" Milne in 1952 and moving to Mount Clemens, Michigan, where the couple raised a family of eight children. After the family moved to Phoenix in 1966, Gayle worked as a nursing assistant at Phoenix General and St. Joseph hospitals. She returned to “the phone company” in 1970, and worked for Mountain Bell, later US West, for 26 years. A lifelong singer, Gayle loved music and was never happier than when listening to music and surrounded by family and friends. She had a great sense of humor, and a true gift for laughter and looking on the sunny side. When trouble came along, she looked the other way. She was an avid reader, especially fond of spiritual and medical themes. As a teenager, she converted to Catholicism, and in later years she was an adherent of A Course in Miracles. She cherished the decades-long closeness of several friends, including Patricia Hofstetter, Penny Davis and Wanda Gunn, as well as her only sibling, "seester" Roberta "Bobbie" Modglin of Rockford, Illinois. Having grown up with 23 cousins, Gayle loved her own big family, and took real pleasure in her 21 grandchildren and 27 great-grandchildren, as well as those in her stepfamily, especially Leslie Merrill DiVito. Gayle Merrill was pre-deceased by husbands Earl “Hank” Milne and James “Ed” Edwin Merrill, as well as her daughters Marie Loretta (Michael) Bennardo and Theresa Dianne (Larry Keith) McNeil and granddaughters Tamara Pratt and Sarah Milne. Gayle is survived by daughters Lynda (Tim Benjamin) Milne of St. Paul, Minnesota; Robin Pratt and Margaret (Robert) Church of Phoenix, Laura (Guy) Vogt of Grants Pass, Oregon; sons Thomas (Katherine) Milne of Phoenix and Andrew (Toni) Milne of Cave Creek; and sister Roberta Modglin of Rockford, Illinois.

Private cremation at Best Funeral Services. Celebration of life to be arranged in late summer. Interment at West Resthaven, Glendale.