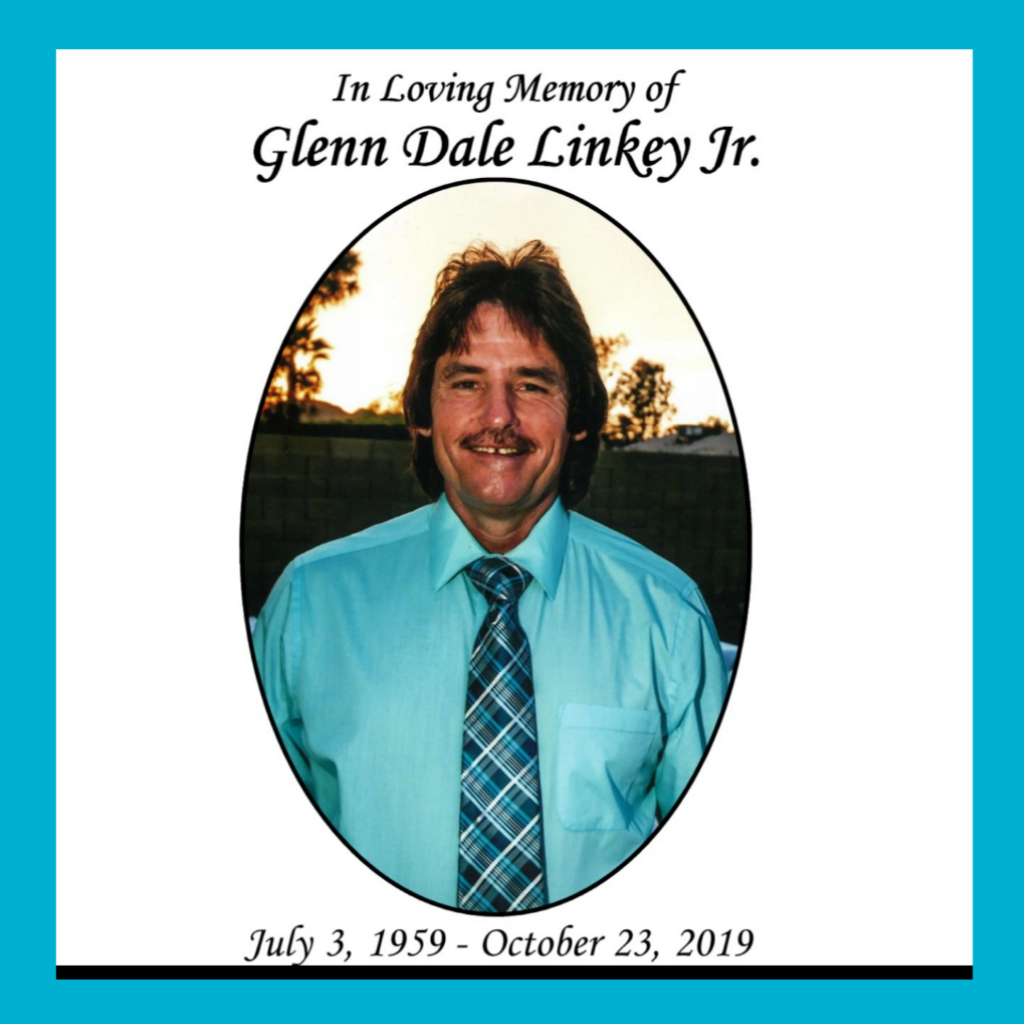 After a courageous battle with brain cancer Glenn Dale Linkey Jr. passed away on October 23, 2019 at age 60 and arrived into the arms of the Lord. Glenn was born in Palo Alto California but pretty much spent his whole life in Arizona. He was a hard working father to six children and loved his family more than anything in this world. He leaves behind his wife Brianna Cossey, and six children, Jonathan Linkey, Chad Linkey, Emily Cossey, Kaylee Cossey, Matthew Linkey, and Jake Linkey. Glenn was preceded in death by his father Glenn Dale Linkey Sr. and sister Karen Linkey. He also leaves his mother Sandra Linkey, sisters Denise Schafer, Sandy Panasiti and Laurie Whitfield and brothers Kenny Stanley and Steve Welch. Glenn also had many nieces and nephews that will miss him dearly and his wife's family who love him and miss him too. Glenn was a fun loving , terrific guy, he attended Moon Valley H.S. was an avid sports player in his youth and an absolute sports enthusiast his entire life. "GO RAIDERS" The past 20 years he was employed at Terminix as a service representative and had many co worker and friends. Glenn never met a stranger was outgoing, talkative and funny. Most of all Glenn's love for his wife and kids out shined everything else and he will be truly missed and loved forever by all.