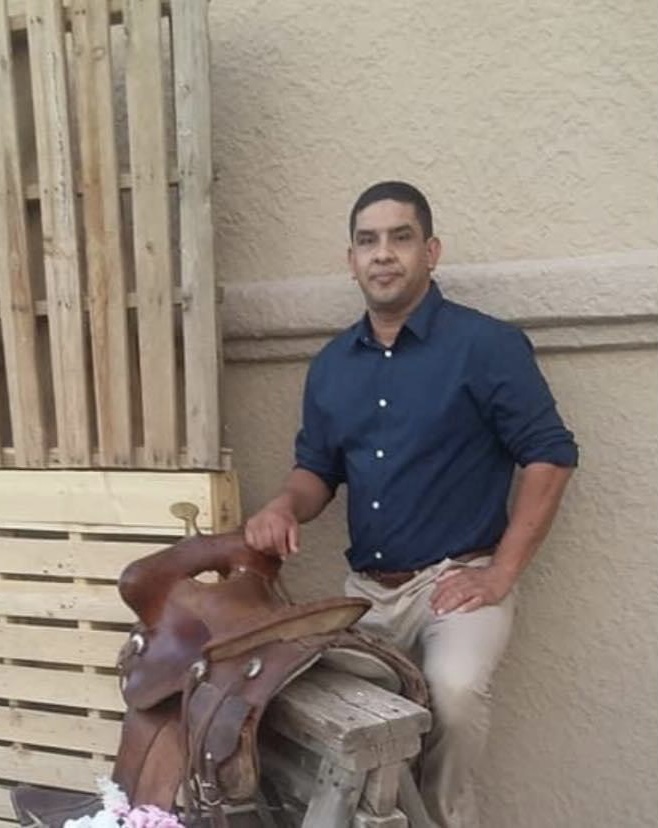 Hugo Hernandez, 44, passed away on April 19, 2022 in Phoenix, AZ after a courageous fight with stomach cancer. Even though his parting was too soon, his spirited attitude will live on in all those who had the pleasure of meeting him. Hugo was born on July 25, 1977 in Cd. Juarez Chihuahua, Mexico. He later moved to El Paso, TX as a child with his parents and siblings. In his early 20’s he moved to Phoenix, AZ where he met the love of his life, Leticia “Lety” Delgado. Hugo and Leticia later married and had one child: Alexis “Nano.” In Phoenix, Hugo held a successful career as a merchandise leader for PepsiCo. Hugo was always very proud of his work; sharing many pictures of his displays with those he loved most. When not working, Hugo liked to spend his time taking his family on memorable trips. Hugo is preceded in death by his sisters Laura Edith and Claudia Lorena. He is survived by his loving wife and son, Lety and Nano; his parents Lorenzo Hernandez Mauricio and Maria Gloria Hernandez Gutierrez; siblings Rosa Becerra, Edgar Hernandez, Claudia Hernandez, and Fernando Hernandez; as well as by many nieces and nephews. A funeral service is scheduled for Tuesday April the 26th from 9:30am to 11:30am at Best Funeral Services in Phoenix, AZ.