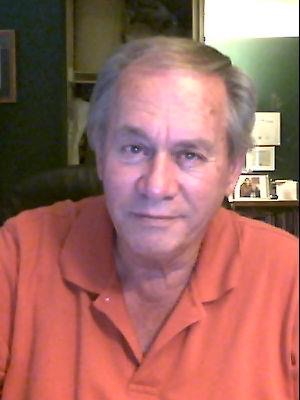 James Arthur Cann passed away on Monday, September 28, 2020 at the age of 77 after a long battle with dementia. James was preceded in death by his parents, Arthur and Jacqueline (Ellsworth) Cann. He is survived by his loving wife of 51 years, Carol (Russo), his three children, Amy (Daniel) Shahenian, Surprise, AZ, Jay (Renee) Cann, Omaha, NE, and Sharon (Jonathan) Massey, Savannah, GA, his ten grandchildren - Kyle, Nicole, Joseph, Alexander, Brian, Allison, Anthony, Michael, Isaac, and Oscar, and his brother Douglass (Marlene) Cann of Gloucester, MA. James was born September 5, 1943 in Lynn, MA to Arthur and Jacqueline (Ellsworth) Cann. He graduated from Emerson College in 1967 with a Bachelor of Science in Speech. He served in the US Army working with Armed Forces Television in Korea. James married his college sweetheart, Carol Russo on July 19,1969 in Torrington, CT. In 1977, James moved the family west and settled in Glendale, Arizona. James’ career passion came later in his life when he became certified as a secondary educator. He taught English at Deer Valley High School in Glendale, AZ while concurrently receiving a Master’s Degree in Education from Northern Arizona University. He also taught at the college level at Glendale Community College. In 2003, James and Carol purchased a summer home in the Pinewood community of Munds Park, AZ where they spent many summers together. James was accomplished at too many things to count. A talented musician, he played bass guitar in rock and roll bands, pedal steel in country bands, and the bagpipes with the Phoenix Scottish Pipe Band. He was a crowd favorite at weekend karaoke events and dances, and if you had a piano in your home, you can bet that he would sit down and play it when he came over to visit. He was also an actor, pilot, craftsman, entrepreneur, songwriter, and poet. He loved to travel, having lead groups of high school students through Europe on several occasions. James was a conversationalist who always had something to say or a piece of advice to give. Many may remember one phrase he loved to recite, which often rang true in how he lived, “Gather ye rosebuds while ye may.”

Due to COVID restrictions, a private family burial will be held with military honors at the Veteran’s Memorial Cemetery. Memories and/or condolences may be added to the Best Funeral Services website.

In lieu of flowers, please consider a donation to Hospice of the Valley.