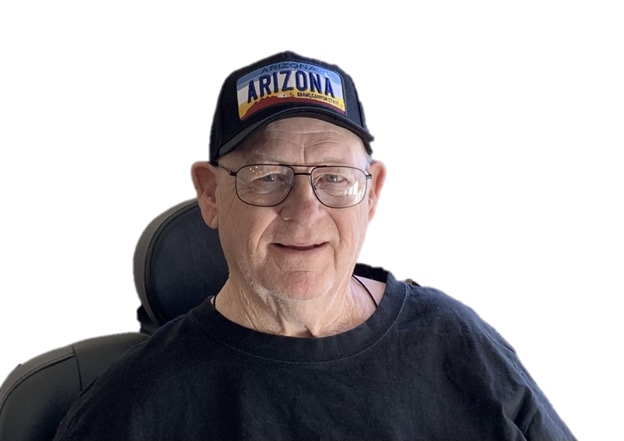 On Monday, June 7, 2021, James “Jim” Lewis Lamb, beloved family member and friend to so many, went to heaven where he is now telling the stories of his life to all his new friends and retelling those stories to his old friends who didn’t realize how much they had missed hearing them until they heard them again. Jim was born to Floyd and Alta (Orum) Lamb on April 16, 1938, in Cadiz, Ohio. Being the baby brother to Bill and Joyce may have been why he developed his mischievous sense of humor, but it most likely arrived with him fully formed and he spent the rest of his life trying to keep it from getting him in too much trouble. He loved telling stories about growing up around Cadiz with his childhood friends Dean Zitko and Bobby Gammeter and how his mentor Ralph Philpott looked out for him and helped him get his first car. He loved fishing with his Grandpa Lamb and hanging around his photography studio. He thought his Grandma Lamb was beautiful and always had a framed picture of her on his wall to prove it. He would somehow transform into a little boy again when he told stories of her having delicious snacks waiting for him when he came to visit her after school…except when she made rhubarb pie, he hated rhubarb pie! He loved his mother’s singing voice and thought it a miracle that it remained perfect after a stroke had taken away many of her other abilities. When he talked about his father, his pappy, his voice would change. It was as if all the love and respect he had for him and the loss he felt not having him around anymore would overwhelm him and he would go to another place for a moment. He really loved his Pappy Lamb! After graduating high school by the skin of his teeth, he decided that college wasn’t for him and decided to go to work for the railroad. While trying to fit in this new world after being raised as a Quaker, Jim tried things like smoking cigarettes and drinking alcohol for the first time, he disliked both and decided that maybe college was for him after all. After graduating with his Bachelor's Degree in Education from Ohio University, again by the skin of his teeth and getting his Master’s Degree in Education from the University of Toledo, he taught in Toledo, Ohio for sixteen years. During his time in Toledo, he worked on political campaigns, coached basketball, worked as a Radio DJ, ran an afterschool program for kids, photographed weddings, started a school program for migrant students, drove a taxicab, and taught each grade kindergarten to eighth. There were fewer jobs and projects that he didn’t do during this time than he did. After quitting teaching and moving to Arizona in 1978 to chase his fortune in the great Southwest, he found himself drawn back to education a few years later. Jim became a school principal and superintendent in many rural school districts throughout the state and worked hard to make a difference for the students that many believed didn’t deserve a good education. He made an impression on many of these students’ lives and never stopped fighting for them even when at times it would have been easier for him to not rock the boat. In addition to all the lives he touched and friendships he made in Arizona, Jim Lamb was an Arizona legend for another reason: he lived in more places and more diverse places in the state than anyone that you have ever met. He lived in Gilbert, Wellton, Mesa, Ehrenberg, Tempe, Eloy, Phoenix, Bowie, Scottsdale, Youngtown, Surprise, and on the Havasupai Indian Reservation at the bottom of the Grand Canyon. Jim finished up his working life driving a taxicab in Phoenix. It was the perfect job for him, because not only did he have someone a few feet away from him to tell his stories to, but he also somehow always made his passengers comfortable enough to tell their stories to him. After retiring, he became a disability rights advocate, volunteered to help feed the hungry, and literally tried to give away every item he owned to anyone he came across who he thought might be in need. Jim’s family and friends had to start telling him that the recliner or the television or the microwave that they gave him as a gift wasn’t actually a gift, they were just lending it to him so he wasn’t allowed to give it away. Jim owned hundreds of dogs and cats during his lifetime. Technically, he only owned a few pets - but he considered every neighbor’s dog that jumped up on his belly to be petted and every stray cat that he fed to be his whether he saw them every day or never again. Jim is survived by his loving sister Joyce Lamb and his children, Jim, Jon, Erica, and Adam. He is also survived by his grandchildren, great-grandchildren, stepchildren, nieces, nephew, and many friends. He loved his family very much and they were with him in his heart in everything he did.

A celebration of Jim’s life will be held in the future.

In lieu of flowers, donations in Jim’s memory can be made to the Tempe Community Action Agency at www.tempeaction.org/donate