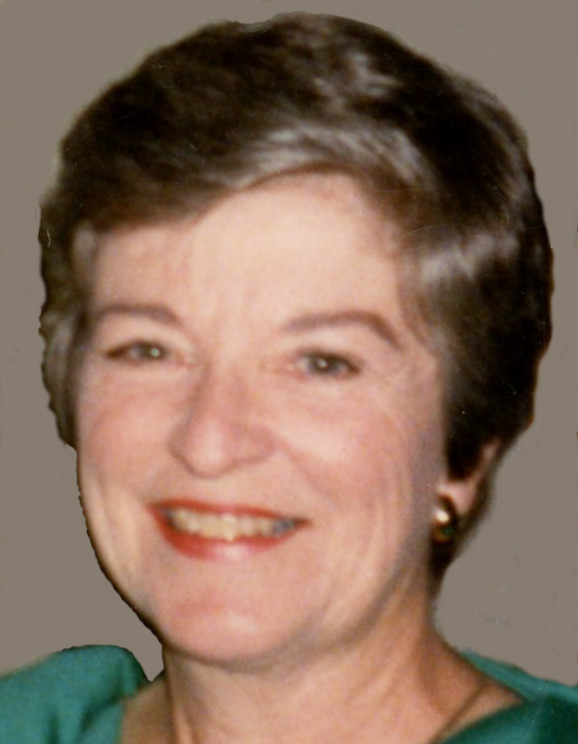 Jean Marie (Lusk) Stover, 90, passed away peacefully on Friday, December 6, 2019 in Phoenix, Arizona. She was born April 25, 1929 in Coffeyville, Kansas, to Robert A. (Bud) Lusk and Elsie (Etchen) Lusk. She grew up in Coffeyville, graduating from Field Kindley High School and attending Coffeyville Community College. On August 4, 1950, she married the love of her life, H.A. (Pete) Stover, also of Coffeyville, who had returned from serving in the Marine Corps in the South Pacific during World War II. They were truly members of the Greatest Generation. Pete passed away in 2012, and in 2015 Jean left her beloved hometown to move to Phoenix, Arizona to be close to her daughter, Peggy. Jean was a wonderful and fun-loving wife, mother, sister, daughter and friend. She was a fabulous cook, hosting family holiday dinners. She also hosted many legendary dinner parties at the Mallard Club, a private hunting club on the outskirts of Coffeyville, where her father was a member. She spent as much time on the golf course as possible (scoring four coveted holes-in-one) and had many close friends at the Coffeyville Country Club. She helped organize golf tournaments there and served on the Board of Directors. She loved to play cards, paint and sew. She was an avid fan of the University of Kansas basketball team, and watched every televised game. She was also a devoted member of Holy Name Catholic Church. Jean is survived by her daughter, Peggy Farmer of Phoenix, son-in-law Chad Farmer, sister Barbara Niswonger, nieces Lin Rosborough and Judy Schuler, and nephew Bob Niswonger. She was preceded in death by her parents, husband Pete, brother Bobbie, and sister Jane Wiggins.

She will be returned to Coffeyville in Spring 2020 to be interred with her husband. A memorial gathering will be held. Friends in Coffeyville will be notified in advance.

Donations in her honor may be made to Seasons Hospice, https://seasonsfoundation.org/donate/.