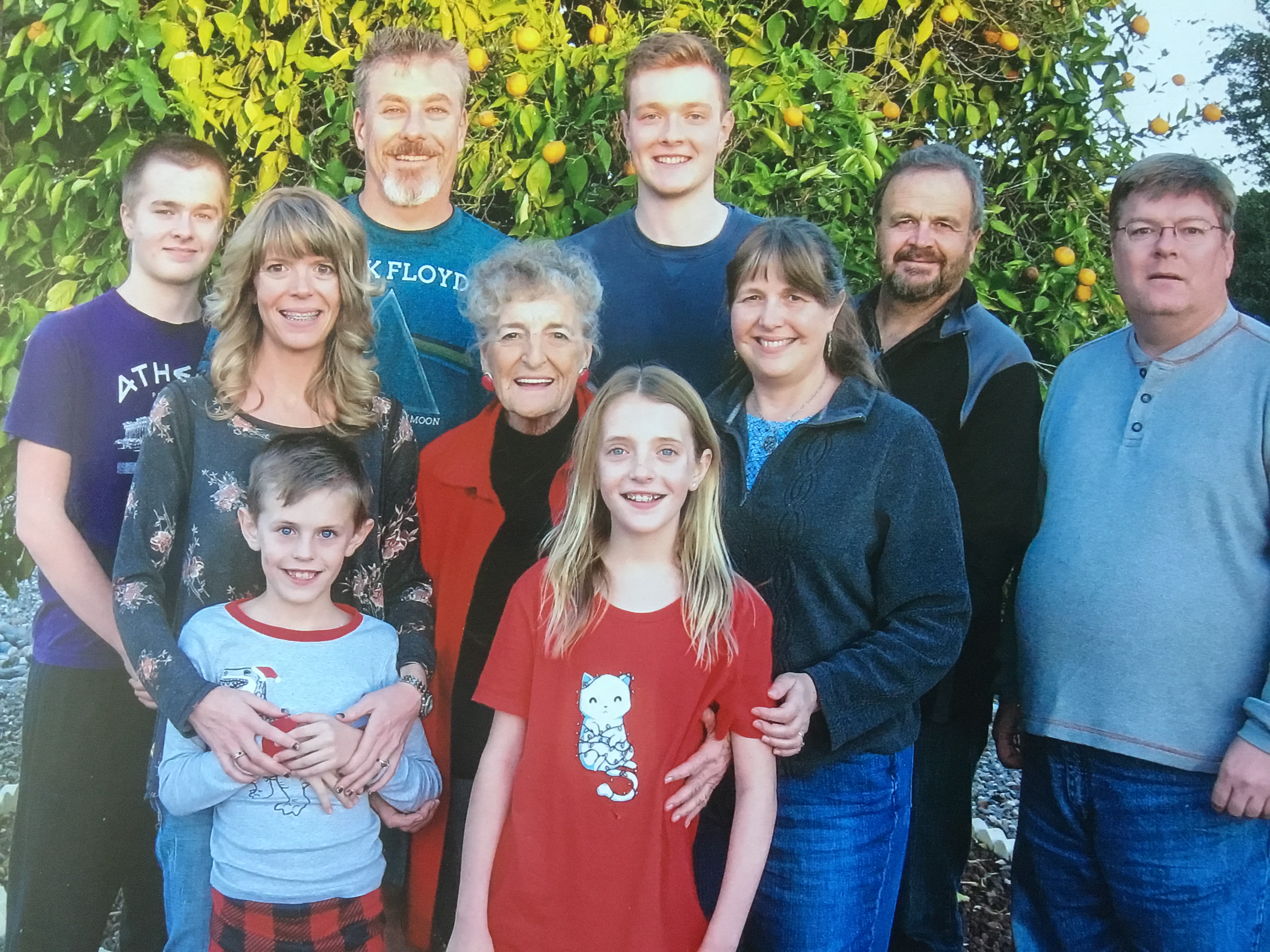 Joann Elsie Frieda (Freese, Entner) Tackman died peacefully on June 10, 2020, with her daughter Crista at her side. She was 85 years old. Joann was born April 10, 1935 in Guttenberg Iowa, to Irene and Henry Freese, local farmers. She attended school first at Clayton Rock School and then at Buck Creek School, both one-room schoolhouses. She was valedictorian of her class at Guttenberg High School, graduating at age 16. She went on to gain a three-year nursing degree through Wartburg College and then the Methodist-Kahler School of Nursing, attached to the Mayo Clinic. Afterwards, she was a nurse and taught nursing at Mayo until she and her husband, Larry Entner, moved to Wisconsin with their first two children, Cathryn and Jonathan. In Wisconsin, she had another daughter, Crista. In 1974, she went back to teaching nursing, a career she continued until 1987, and which allowed her to stretch her professional wings after she and Larry divorced in 1976. She taught not only at two Wisconsin technical colleges, but also at UW and at satellite programs in the North Woods and on Indian reservations. From 1989 until her retirement in 2000, she was a visiting nurse for Clayton County, Iowa. She returned to Iowa in 1984, when she married Ervin Tackman. The two had met when she was seven years old and he was ten at her very first day at Buck Creek School. Together, she and Ervin were active in their church, tended a magnificent vegetable garden, beautified their home and yard, and spent extensive time with children and grandchildren. They also loved making holiday crafts together, with him carving and her painting and decorating their creations. He preceded her in death in 2011. Joann embraced a life of constant learning. Starting in 1977, she went back to college. She earned her Bachelor’s of Science in Nursing, and then decided to gain a Master’s in Education. To reach those goals, she attended night classes twice a week for over six years and earned straight A’s. In or out of university, she read voraciously, especially fiction, news magazines, Forbes, Architectural Digest, travel books and international newspapers. Joann was a master of needlework arts. She knitted - using yarn she spun on her own wheel. She embroidered in yarn, silk and cotton. She designed and sewed clothing - including fur coats, party gowns, and wonderful Halloween costumes for her children. She also made 18 quilts the old-fashioned way, by hand. She enjoyed collecting things, especially art glass, pottery, and antique pewter. She had a gift for lifelong friendship, attested to by her voluminous correspondence throughout her life. In music, she loved jazz, Dylan, Mississippi folk, and uplifting instrumentals. She adored travel, and in retirement journeyed around the country and several times to Brazil. She also loved animals, mothering countless dogs, cats, frogs, turtles and fish over the years. Her last dog, Change, was a stray she found along the New Mexico roadside coming home from one of her trips. They became a devoted duo. Although often ill during her last two decades, she never lost heart. In 2015 she realized a long-held dream: to live in a year-round warm climate. Although 80 years old, she sold her Iowa home, bought a lovely place in Sun City West near her youngest daughter’s family, and moved. She enjoyed several years in her new home with the orange trees before failing health and memory loss made independent living untenable. Joann is survived by one sister, Paula (Freese) Sisler, three children, and four grandchildren. The children are: Cathryn (Bradley) Entner Wright of Storrs Connecticut, their sons Joshua and Gabriel Wright, both of California; Jonathan Entner, of White Bear Lake, Minnesota; and Crista (Monte) Byrom of Glendale AZ and their children, Megan and Samuel Byrom. She also is survived by some longstanding friends.

Iowa, date and time to be determined

Please plant a tree, bush or flowers. Donate to any organization of your choice.