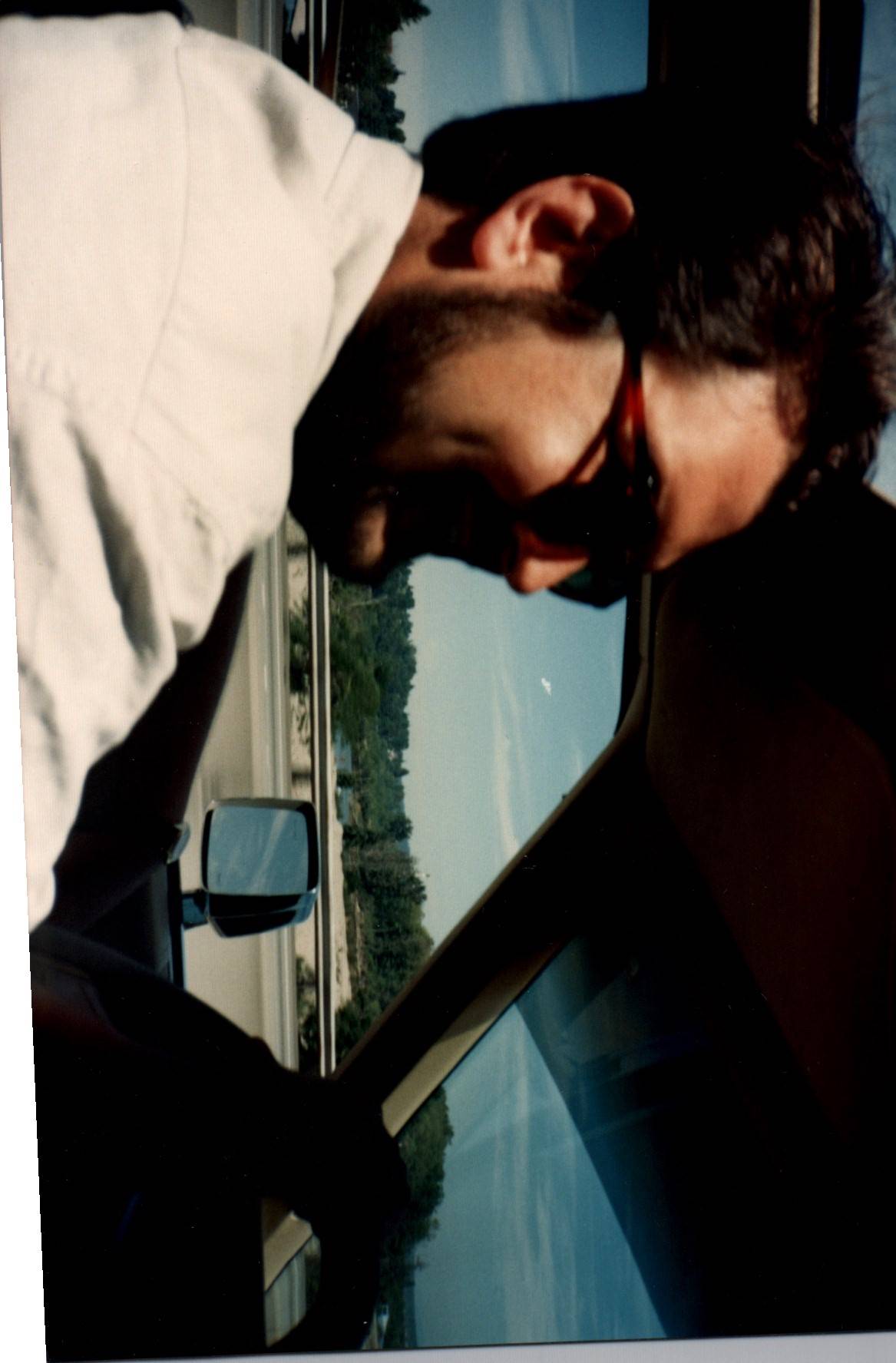 JOEL DAVID AYERS passed away on May 15, 2022. Joel is survived by his wife, Michelle and daughter, Madeline, his mom, Laura and step-dad, Mark, brother, Jonathan Ayers, (Melody), step-brothers, Travis Holmesley, (Tanya), Thomas Holmesley, (Kim), and step-sister, Kara Holmesley, his aunt, Bonnie Hood, cousin, Stephen Hood (Marsha), brothers-in-law, Fred Wadlow, (Sandy), and Charles Wadlow and his nieces, Holly, Anishka, Sophia, Evelyn, and Lauren and nephews, Brendan and Dylan. And his dogs, Moe, Teddi and Peanut. He was preceded in death by his father, Daryl Ayers, his grandfather, Roy (Papa) Chaffin, and grandmother, Florence (Nanny) Chaffin. Donna Wadlow, Mother-in-law, Fred Hedberg, Father-in-law. Joel was born in Phoenix, Arizona on May 6, 1969. He graduated from Moon Valley High School. He was given his first car by his Aunt Bonnie which he promptly wrecked in the parking lot of Moon Valley HS. He was a member of the Explorers Club which Mountain Bell sponsored, where he met his life-long friend, Keith. Keith and Joel would attend Motley Crew concerts, movies, and breakfasts at IHOP. Joel was also close to his brother, Jonathan. They shared many adventures and lived together as adults even after Joel got married. Jonathan always knew he could talk to Joel whenever he had a weird thought, idea or scheme. They seemed to be on the same wavelength. Joel was in charge of a Fantasy Football league which lasted 20 years. He was an Arizona Cardinal’s fan and would also watch the Suns play with his grandmother. Joel enjoyed Fred and Jan’s beach house, Tacey and Cliff’s cabin and Christmas Eve at Fred and Sandy’s. He always looked forward to his Mom (meemow) coming to visit, she brought his favorite fruits and candies. They liked to go to Campbell’s Market for lunch. Music was a big part of Joel’s life – He loved outlaw country and just lately he had become interested in Blue Grass music and he and Mark would send Youtube videos back and forth of different Blue Grass groups. He loved his country. He liked to send cat videos, squirrel pics and music to family & friends. He enjoyed the people at the dog park, and would go as much as he could. He loved movie nights with Anishka and Brendan. He thought Madeline was hilarious and called her boyfriend Tony instead of Luke. They enjoyed many inside jokes and he loved her more than he could say. He was baptized at Calvary Community Church. He was a good husband, a good father, a good son and a good friend.

In lieu of flowers, donations can be made to the Arizona Humane Society.