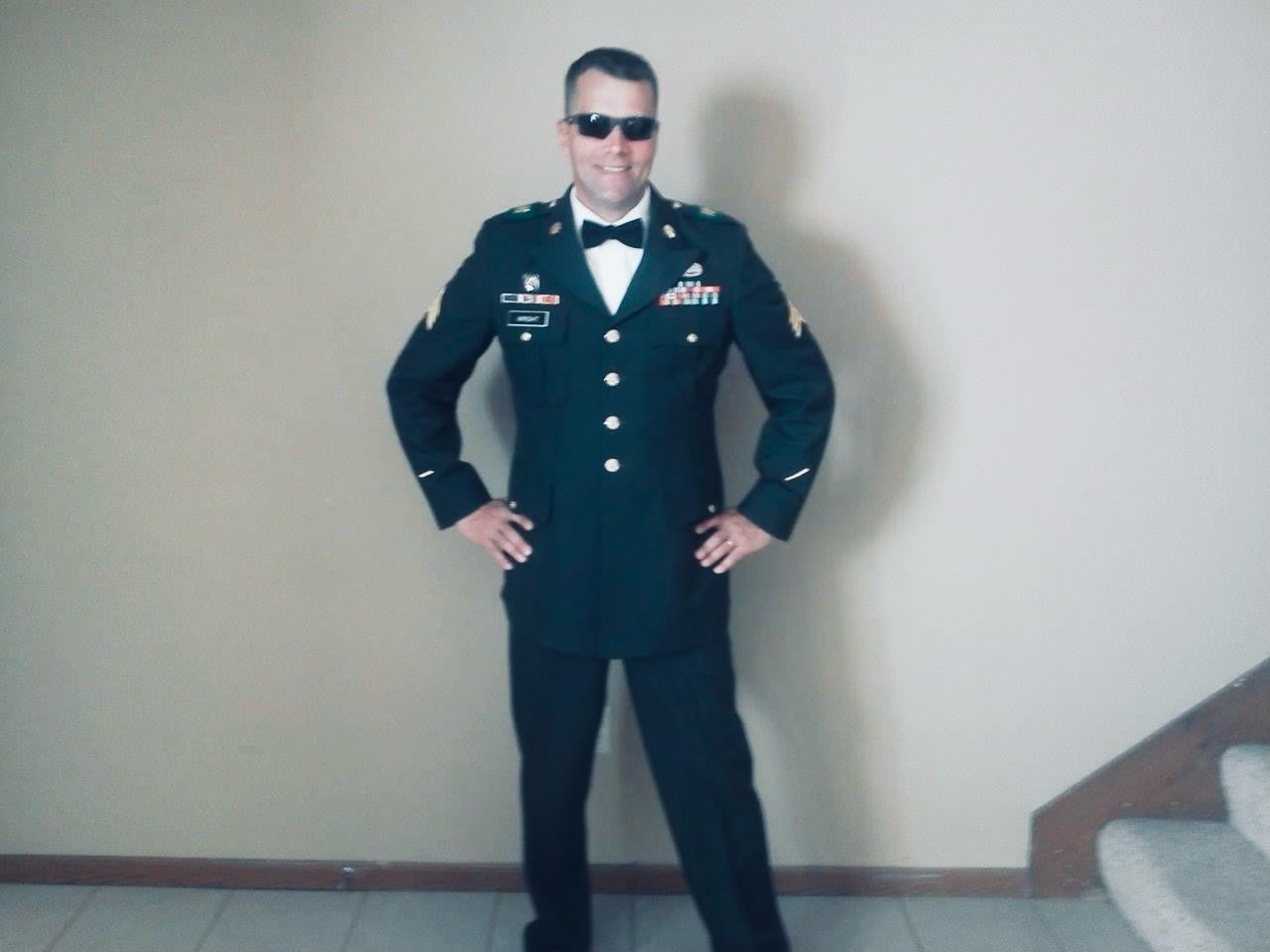 John Alexander Wright (Johnny), 51, passed peacefully away on Friday, September 24, 2021, at home in Glendale, AZ after a long, courageous battle with ALS – Amyotrophic Lateral Sclerosis also known as Lou Gehrig’s Disease. He was surrounded by loved ones and will be forever missed. He knew he was going to be received into the arms of his Savior, the Lord Jesus Christ. Johnny was born in Milwaukee, WI to John (Jack) and Ruth Wright (Wirkkala) on November 26, 1969. He grew up in the Portland OR area and attended Tigard area schools. He married Annaliza Refugio on August 21, 2010; they recently celebrated their 11th anniversary. Johnny enjoyed being a husband and a father. He loved watching golf, football, basketball and movies with his family. Johnny was an ardent fan of NASCAR racing with Dale Earnhardt, Jr. being his all-time favorite. During his daughter Leanna’s high school years, he faithfully attended every sport and band event. He was an independent man with many talents, a skilled mechanic rebuilding engines on numerous 1960’s and 1970’s vehicles. One of his favorites was assisting a good friend with restoring a 1942 White Military Half Track imported from France to fully mission capable status. Johnny worked in concrete in the Portland area. He was the owner of Just Wright Concrete and built numerous retaining walls and exposed aggregate driveways and sidewalks. He left his mark within the cities of Portland, Oregon and Vancouver, Washington, In September of 2018, he was employed as a Systems Technician with Johnson Controls in Tempe, AZ, through to September of this year. He loved working on remodel projects, always giving his best. In his free time, he enjoyed his hobby of flying remote control airplanes. In 2008, he joined the Army at age 38 and outdid men younger than him. He was deployed to Afghanistan; he didn’t have to; he wanted to. As a natural leader, Staff Sergeant Wright, was a mentor, inspiration and was loved by his soldiers. They appreciated his kindness, humor and caring for them. He attended leadership courses to advance his career and was a Top Contender for the Distinguished Leadership Board during his basic leadership course. He fought for our country and ultimately died for our country. One of the last things he was able to tell us was if his death helped one person in the fight to find a cure for ALS, his death would be worth it. In 2012, he moved his family from the Philippines to Arizona to be near his mother and siblings. After he was honorably discharged from the Army in 2012, he joined the Army Reserves because he loved being a soldier. He loved golf so much he attended the Golf Academy in Chandler, AZ, graduating with an Associates of Applied Business Degree in golf complex operations and management. Johnny and his brother Erik played numerous golf courses in the valley in friendly competition. He is survived by his wife Annaliza Wright and children LeAnna, Jacob and Emmalia. Johnny is also survived by his mother Ruth Wirkkala, his sister Leah Wright Gerodimos (Johnny G) and four brothers, Bill Wright (Anna), Erik Wright, Scott Buscha (Selena) and Byron Lively (Sonja). Johnny will be greatly missed by his mother-in-law Caridad Refugio and her family in the Philippines. He also has multiple aunts and uncles and many nieces and nephews who will miss their “Joe Cool”. He is also survived by his former wife Lynette Wright. He was preceded in death by his father-in-law Cecilio Refugio, his father Jack Wright, and his uncle and Godfather Orval Wirkkala, as well as his grandmother Elsie Wirkkala.

Visitation 9 am to 10 am Viewing & Open Microphone for sharing Order of Service 10 am to 11 am Welcome and Thank You Ruth Wirkkala Prayer Pastor Emmanuel Qureshi Reading of Obituary Bill Wright Leah Wright Gerodimos Erik Wright Song – Sweet By and By Carl Wirkkala Scripture Readings Wirkkala Aunties Reflections Reservist Song – Amazing Grace Carl Wirkkala Message Pastor Emmanuel Qureshi Prayer and Benediction Pastor Jimmy Maunu Thank You and Information Pastor Jimmy Maunu Burial Service 12:30 pm to 1:00 pm Burial service will be at the National Memorial Cemetery located at 23029 N Cave Creek Road, in Phoenix – funeral procession will leave at 11:30 am. Please turn on your lights, join the procession and follow at a safe distance. Do not let cars into the procession. We will gather at a common area at the cemetery for Johnny’s burial service and military honors. A private interment will be conducted by the Military. Following the burial service, everyone is welcome to join us for a light lunch at the Whispering Palms RV Park Clubhouse located at 19225 N Cave Creek Road, Phoenix, 3 miles directly south of the cemetery. Red, white and blue balloons will mark the left side of the street to turn off Cave Creek Road. It is the street is directly north of the Public Storage Facility. Go through two stop signs and parking is to the right. Balloons will also mark the clubhouse