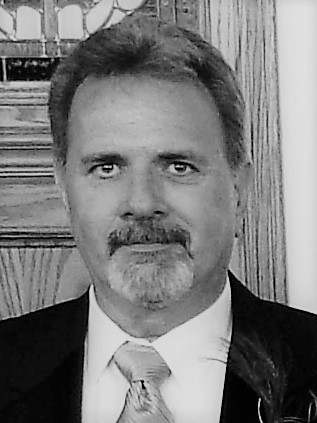 John Edwin Ady, 72, of Peoria, Arizona, was called Home by his Mighty Savior, Jesus Christ, on January 15, 2020. Born March 31, 1947 in Phoenix, Arizona to Edwin and Mina Ady, he was the son of the family and favorite brother of three older sisters. John attended Phoenix Christian High School, Azusa Pacific College, and Phoenix College. In high school he played football and was “880 Ady” in track; he was in a cappella choir and madrigals, the lead in operettas, and a singer/bass player for the Fullhouse. He attended Azusa on a music scholarship and sang in the concert chorale and the King’s Quartet, traveling the southwest representing the school. In the 70's and 80's, he was the passionate coach/pitcher/manager of the Arizona Tortillas men’s softball team, taking them all the way to the Nationals in Jacksonville, Florida. God gifted him tremendously in many ways, especially with music. He sang beautifully and could play any instrument he picked up. His family was particularly blessed when he set his voice to his hands on the piano. John was also an artisan. He possessed an ability to draw without reference and print with precision; he brought fine craftsmanship and vision to any project set before him. John encouraged many with his understanding and sense of humor, providing both a calm assurance and the medicine of laughter. His many talents live on in his children and grandchildren, whom he dearly loves. One of John’s greatest legacies is his endurance through the lowest of hardships here on Earth. He battled Parkinson’s disease for 20 years with great patience and a grateful, sweet attitude every passing day. He fought so admirably. He requested to be baptized last summer to profess his faith. It was important to him that it would be known that he would be in Heaven someday, especially to his children. He is now free of his mortal body, and overjoyed in the very presence of the LORD, with God's gift of Everlasting Life. Amen! Praise God!! John is survived by his wife of 27 years, Sandy Ady (m. 1967; d. 1995), their five children, fourteen grandchildren, and one great-grandson, all residing in beautiful Arizona (Steve Ady: Christian, Seth and Sean; Amy Ady; Sara Hawks [Jack]: Forrest Cooley, Sydney Collins [husband Joshua and son Everhett], and Lauren Cooley; Hattie Perlin [Joshua]: Lydia, Judah and Ruthe; Michael Ady [Maria]: Ariana, Andrew, Isabella, John Michael and Ava Rose). He is also survived by his sisters Lois Martyniuk [Marty] and Gloria Atkinson [David], Arizona, his cousin Duane “Bud” Schlekau [Geri], Kansas, and many wonderful cousins, nephews, and nieces. His parents and eldest sister Anne Bratton preceded him in passing.