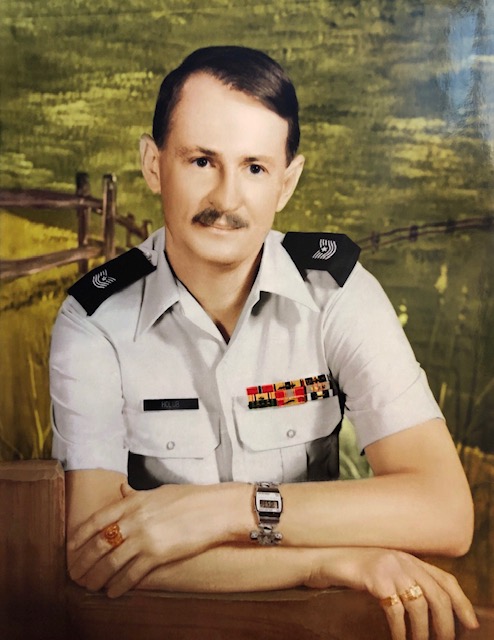 John Holub, age 78, passed away in his home on January 4th, 2022. He was born on September 19, 1943, in Braddock, Pennsylvania to John Joseph Holub and Marie Kraynak. John is survived by his wife Maria, daughters Adela and Ariel, stepchildren Sebastian and Salome. Four loving grandchildren, Isaac(16), Elijah (15), Abby (6), and one on the way named Arya. Siblings David, George, Marie and Anna. John was a veteran of the Vietnam War and honorably served 26 years in the United States Air Force. With his determination and faith in God, he earned a Bronze Star for his service and achieved the rank of Master Sergeant. His experience in the Air Force played an important role in his life where he learned the values of discipline, teamwork and giving back to the community. He often expressed to family and friends how these values shaped him into the person he was, and cherished them until the day he passed away. He was compassionate, had high expectations in life and most importantly loved his family and friends. After his years in service, John was a school monitor at Hillcrest Middle School for 17 years where he was well loved by students and staff. He brought his military sense of humor and the true ability to see the good in others to that position. The students would flock to him as he would rap for them about doing well in school. As a student once put it, he is "Mr. Hillcrest" He was proud of that school and his position, where he earned multiple awards prior to his retirement. He was a wonderful role model for every student he saw. After touching the lives of so many, his illness did not define him. Towards the end, he lived his last days courageously. He was certain that God had called upon him to protect his country, friends and family, now as God's warrior angel.