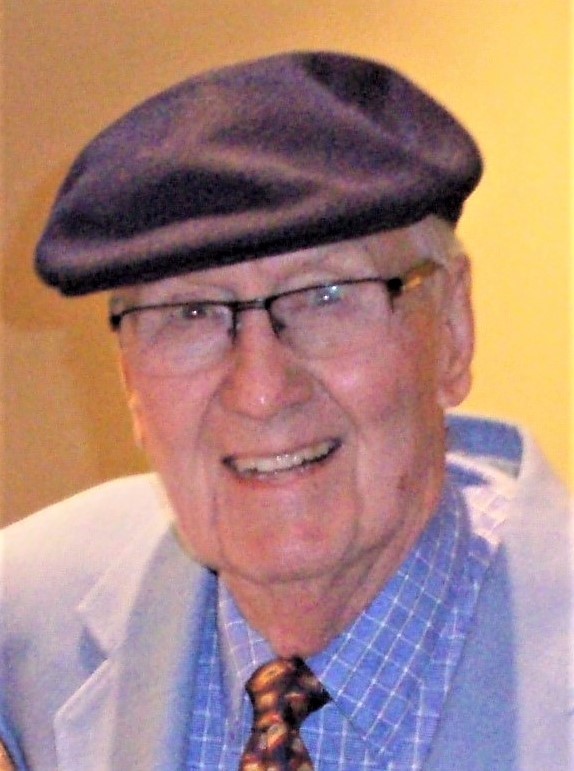 John J. “Jack” Schouten died on October 26, 2020, at the age of 96. He was born March 22, 1924, in Keokuk, Iowa, the son of Chester and Mary Schouten. In 1943, Jack postponed his studies at the University of Notre Dame to serve in the U.S. Army during WWII. He was deployed with the 588th Signal Depot Company as a Staff Sergeant until February 1946. He then returned to Notre Dame, where he played the coronet in the marching band, and received his accounting degree in 1948. He married his childhood sweetheart, Barbara Martin, on February 4, 1948, and they were together for 59 years until her passing. He began his professional career as an accountant with International Harvester in Evansville, IN. He moved his family to Phoenix in 1952, where he opened his own accounting firm and became an Enrolled Agent. He specialized in tax work until he retired at the age of 90. Jack was truly selfless and gave many hours of his time to several organizations and associations. He was a member of St. Agnes Parish, the Phoenix Country Club, the Knights of Columbus (4th Degree), the Elks, the Payson Golf Club, and the Brophy Dad’s Club. He was a past president of the Phoenix Notre Dame Alumni Association, a Past Faithful Navigator of the Knights of Columbus (Marcos De Niza Council), and a past president of the ASU Newman Center Board. He was also a board member of Catholic Social Services, a board member and officer of the Serra Club, a Boy Scout leader, and a long time treasurer of the Sutton Place Homeowners Association. He was preceded in death by his parents, his three sisters, his wife, Barbara, and son, Marty. Jack loved spending time with his family and treasured the time he shared with them. Survivors include his son Mike Schouten (Cindy); daughter Marybarb Galeziewski (Tom); daughter-in-law Beverly Schouten; grandsons Mark Schouten (Jennifer), Jim Schouten (Lisa), John Galeziewski (Stephanie), and Joey Galeziewski; and great-grandchildren Ben, Meghan, Jade, Delaney and Baylor Schouten.