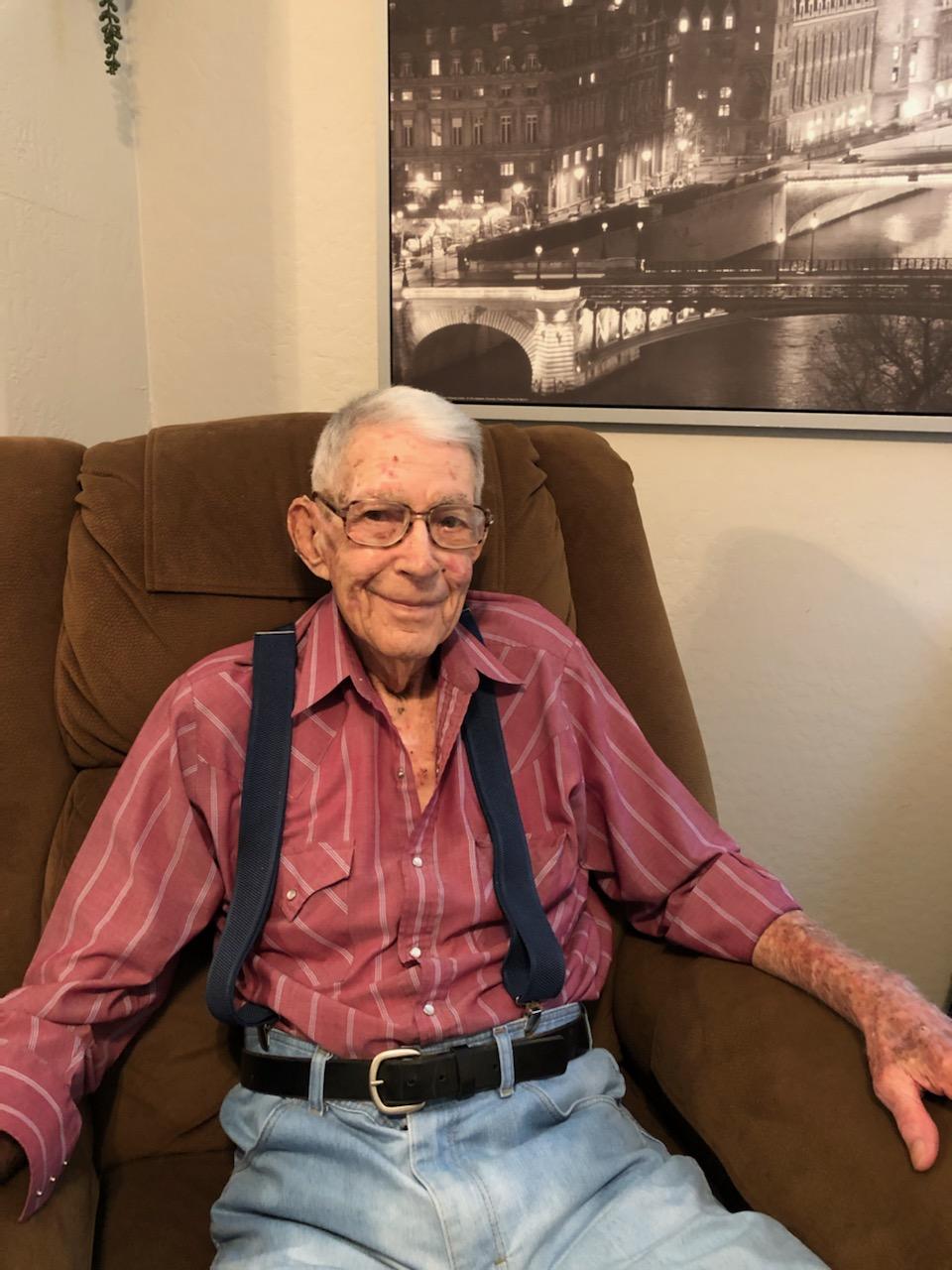 John W. Franklin Entered this world on March 21, 1926 He went home on November 1,2021 John Franklin was raised in rural Louisiana on the family homestead that has been in the family for generations. He is the oldest of four siblings born to John Franklin Sr. and Velma Howard. I could listen all day to the tales he would tell of what life was like then. The land to build the school was donated by his father, John Franklin Sr. So there was no skipping school. After he graduated from high school my father got the wander lust wanting to see what was out there. He joined the Navy and traveled the world. After he was discharged from the Navy he still wasn’t ready to settle back down on the farm. Not knowing what direction he wanted he decided to use his GI bill and go to airline maintenance school in Kansas City. It was there that his world was about to forever change. He went to a school dance and there he asked the woman who would complete him to dance. They danced the night away never to be separated again for the next seventy years. It was a love story that I never tired of hearing. Three months later he married Betty Wilson and they moved to my mother’s family farm in Michigan. Two years later I was born followed by my brother Bruce Franklin. I loved our big farm house and the memories we made there. But one day he told his bride that he wasn’t shoveling anymore snow. The wander bug was back. My brother and I stayed at our Grandparents farm while my Dad and Mom went off on a grand adventure to find us a new home in Arizona. I’ll never forget how happy I was when I saw him standing at the train station to greet my Mom, brother and myself. He was so tall and handsome. They chose to settle in Phoenix, a great place to live in 1950’s. Together John and Betty built a home full of love and happiness. John provided for his family by working as a salesman, which fit his personality, everyone was charmed by him. Eventually he started his own business selling office furniture. In his leisure time we all went on picnics and camping. Soon he bought his first RV, and owned one for the rest of his life. Camping and fishing became the family past time. After my brother and I grew up and moved away they bought a home in Pine. Then they bought their first motor home. Retirement brought on the snowbird lifestyle. Together they would travel around the country in the summer. Oregon attracted them and every summer they would stay at the same RV Park in Brookings where they made friends with other couples doing the same thing. Brookings is a small fishing village on the coast of southern Oregon, perfect for Dad to go deep sea fishing. Soon their friends started buying homes in the park across the river and they did likewise. Happy hour and potlucks abounded with all their friends. This was a happy time in their lives. They kept up their snowbird lifestyle traveling to Arizona every winter. As time has a habit of doing over the years you slow down and changes happen. John came to admit that he could no longer safely drive a large motor home and had to give it up. They starting losing friends until it was just John and Betty left with all the memories. On October 24 2020 the Lord took Betty Franklin, the love of his life home. John Franklin was the last man standing. His grandchildren Tiffany Collins-Casy and Jon Blevins went to Oregon and brought him back to be with family. We had grand celebration for him on his 95 th birthday. He was happy to be with family again. We all were very fortunate have those last days with him. Then on November 1 2021 the Lord called out to him and he returned peacefully to the arms of the woman he had cared for and loved for 70 years. Husband, Father Grandfather John Franklin you will always remain in our hearts.