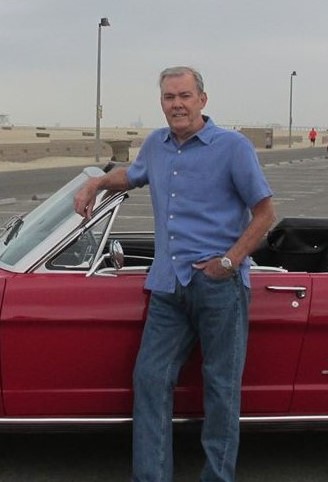 John William Zea - Jack to anyone who knew him - passed away on January 21, 2020 after a long battle with emphysema/COPD. His life was one of his own making through determination, hard work and a dedication to serve his community. He was a beloved husband, father, “papa”, uncle, cousin, friend and a “cop’s cop”. Loyalty, integrity and love of family and friends were cornerstone values to Jack. His sharp sense of humor will also be missed by all who loved him. Born as the second of four children to Darlene (Gerdes) Zea and George Zea on Feb 7, 1944, he was a proud native son to Gilman, Illinois. While his siblings Sandra Kay, Julia May and Gerald Leroy all preceded him in death, Jack will be remembered by his many cousins, nieces and nephews. After completing over eight years in the United States Air Force, Jack settled in Southern California in 1968. There he met and married Sandra (Somerlad) Zea. They shared thirty-eight happy and loving years of marriage until Sandi’s passing in 2006. Together they created a beautiful family with their two daughters, Lee Ann and Stephanie. Jack and Sandi had the added joy of their grandchildren, Paul and Richelle, and most recently, Jack enjoyed his “Papa Jack” status as a great grandfather to Ella, Blake, Beau and was anticipating the arrival of a new great grandchild later this year. The second love of Jack’s life was his career as a police officer with the Manhattan Beach Police Department from 1970-2001. Rising to the rank of Sergeant, Jack’s long, distinguished and storied career was a source of great pride. His brothers and sisters in uniform were an important part of the Zea household with more than one legendary pool party. When asked once what he liked about being a cop, he replied, “I get to serve a community I love with people I love more.” We will miss him every day, but our solace is knowing he is reunited with our mother (and grandmother).

Jack’s final wish was to be cremated and have his ashes spread on the Colorado River, a place he spent many happy times with his wife and children.