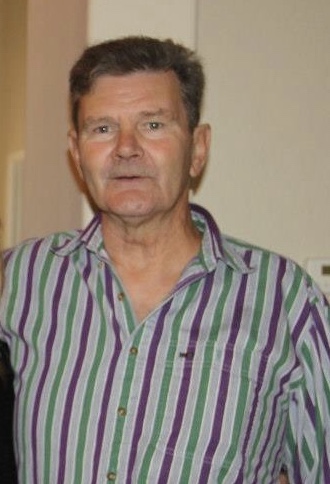 Joseph Allan Marcy, 71, of Phoenix, Arizona passed away at 2:30 p.m. on July 26, 2019 at St. Joseph’s Hospital in the presence of his family. He was born in Taunton, Massachusetts on September 3, 1947 to George and Maria Marcy and was the youngest sibling. In his teenage years Joe moved to California where he soon after joined the U.S. Navy. After serving in the Navy he attended De Anza College and studied electronics. He then moved to Arizona in the late 1960’s. In life, Joe was a man of extremes. When he was bad, he was really bad. When he was good, he was near angelic. He was a kind, loving, and dear friend to many and was known as the person who would give you the shirt off his back. He loved music and would often sing the lyrics ahead of the song. Joe loved camping, fishing, off-roading, and being outdoors. He would chase storms and live dangerously. In passing, Joe joins his father and mother, and is survived by his wife, Linda, three children, Alissa Allen, David (Brenda) Marcy, Holly (Patrick) McCarthy, his many grandchildren, Anna (Cliff) Laszlo, Sara (Fidencio) Velazquez, Brittni Allen, Catherine Mortensen, Patricia Dishon, Emma Marcy, Jordan, Kaylin, and Allison McCarthy, and great grandchild Fidencio Velazquez.