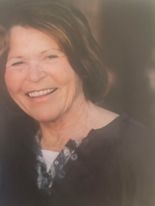 Judith Ann Ellison Easley passed on to be with our Lord on May 27, 2022 with family at her bedside. Judy had suffered from COPD for the past few years, broke her hip and lung issues progressed leading to Hospice care and could not recover. Judy was born in Portland, Oregon on August 4, 1938 to Clarence and Gwendolyn Ellison. Mr. Ellison owned Ellison Photography Studio in Medford Oregon, and Gwen, originally a singer, did touchup to portraits for their business. Clarence had a large range of clients including organizations and schools in Oregon, California, and Arizona. Judy was raised in Medford, with her sister Carol. She attended Jackson Grade School, McLaughlin Junior High, and graduated from Medford Senior High, class of 1956. Judy enjoyed school and actively participated in various clubs and school activities. She belonged to Booster Club that participated in football halftime field entertainment. She served as President of TRI-HI-Y and traveled to Salem representing TRI-HI-Y as a Senator during a Student Government Event during her Junior year. She belonged to Delta Debs. Judy was very social and had many friends during her years in Medford. She carried her ability to instantly make friends, into her life after Medford. Judy chose a career in accounting. She lived and worked in Long Beach and Los Angeles, California, where she met & married James “Jim” Easley, a Union executive. Their only child, Jana Easley, was born in Los Angeles on Dec.2, 1966. Judy’s successful accounting career presented her an opportunity in Phoenix, Arizona, where Jana was raised. As fortune would have it, Grandma & Grandpa Ellison had retired to Phoenix as well. Judy was very proud of her beautiful daughter Jana, a university of Arizona graduate who now has a successful career as a therapist, a wife, mom, and grandmother. Judy was dedicated to providing a good life for her daughter, and her love of her two grandchildren Adam and Breanna and entire family ran very deep. After retiring from Maricopa County Transportation, Judy volunteered at John C. Lincoln Hospital, enjoyed old movies, specific pieces of classical music, camping, swimming, biking, and exercising with friends at “Silver Sneakers”. She was socially active with a group of friends who regularly played cards games and rummikub. She followed politics but kept her opinions close to her chest. She made friends with those of like mind who enjoyed a healthy lifestyle. Judy leaves behind, her treasured Jana Easley Bridges & son-in-law Dwayne Bridges, grandchildren Adam Cleveland, and Breanna Barnhart, great-grandchildren Alexis and Ella, her sister Carol Ellison Sullens & brother-in-law Wayne Sullens of Grass valley, California, and their 2 children Steven Sullens and Kristen Sullens. James Easley preceded Judy in death. So many friends and associates have known and loved Judy for her accounting abilities, her quick wit, snicker laugh, warm heart, and loyalty as a friend. Her happy attitude and lovely smile brought joy that warmed our lives and she will be very missed.