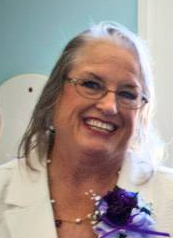 Karen Suzann Hamilton, 63, of Glendale, AZ, passed April 29th, 2019 of natural causes. Karen was born to Bennie Louis Chastain and Mary Helen Chastain, August 14th 1955, in Agana Heights, Guam. She graduated from Trevor G. Browne High School and received a Bachelors from Arizona State University in Elementary Education. She married Terry Gene Hamilton in 1976, and they lived together in Peoria, AZ until their divorce in 2014. Together they raised two children. She leaves as her legacy two children: Erin Rochelle Campbell (Husband Duane Edwin Campbell), and Rachel Leigh Hamilton. She also leaves to cherish her memory two siblings, Kenneth Lloyd Chastain (Wife Kim Chastain) and Kathleen Mae Ferguson (Husband Bill Ferguson). She also leaves behind a loving niece Terica Sunshine Chastain and nephew Jacob Connor Chastain. Grandchildren Faith, Hope and Ryan and Great Nieces and Nephews Tatten, Tanner, Kayla, Trenton, and Lexi will feel her loss as well. Her children remember her as a dedicated mother who would do anything for her children and grandchildren. She was preceded in death by Mary Helen Chastain, (Mother) and Bennie Louis Chastain, (Father). Karen was a city letter carrier for the United States Postal Service until she retired in 2016 and was very active in the life of her children and grandchildren as they were her first priority. She was an avid bowler and participated in many bowling leagues throughout her life and instilled the love of bowling into both of her children as well. Erin was named the Top Female Bowler at the Arizona State Competition and also received a college scholarship for bowling. Rachel started bowling as soon as she could walk and is still very active in bowling. Up until Karen’s passing, Rachel and Karen were on a bowling league “The Shootout” and made yearly trips to Las Vegas to compete. Theater was something near and dear to Karen’s heart. While she was not a stage actress or singer, she loved being behind the scenes. She played many roles from stage manager, light operator, Backstage Assistant and more. Her ex-husband Terry was the one who brought the love of theater into the Hamilton household but once it was introduced, it never left. There was even one Christmas where all of her family (including Erin’s husband) were involved in a show together. She always made sure that family came first even when it came to her hobbies. Whether bowling, theater, or in her professional career as a letter carrier, Karen touched the hearts of all that she met. Karen greeted all with a friendly smile and open heart. She will be greatly missed by all who knew her.

A Celebration of Life is scheduled for May 8th 2019, 6:00pm at Best Funeral Services. The family requests that donations be made to the American Diabetes Association at donations.diabetes.org in lieu of flowers.