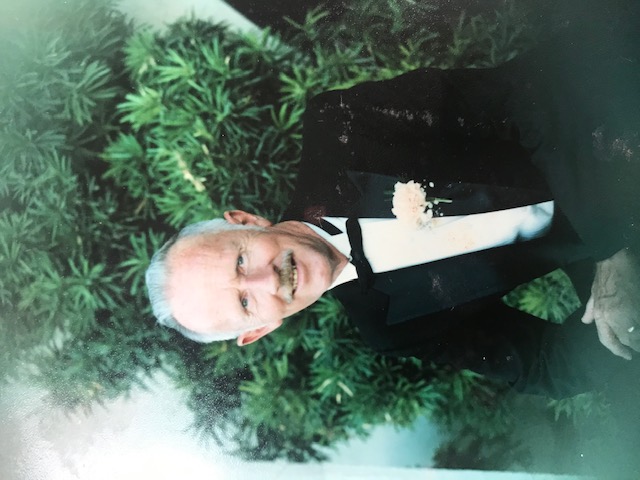 LYLE CLINTON UNRUH SR. passed away peacefully at home on Saturday, May 2, 2020 with his loving family at his side. He was 92. Lyle was born in Three Oaks, Michigan to Louis and Minnie Unruh . Lyle was preceded in death by three sisters (Thelma Schmidt, Luetta Bremer, and Reva Swanstrom). After graduating from high school , he began serving in the US Army Allied Forces Occupation in Germany (1945-1947), relieving the brave soldiers who had fought during WWII. When he returned from Germany, Lyle began pursuing his Bachelor of Science degree in Pharmacy at Ferris Institute (now Ferris State University) while playing sports for the Bulldogs at the same time. He was a 3 year letterman as a 3rd baseman on the Varsity Baseball Team and a 1 year starter at guard on their Varsity Basketball Team. Lyle was later honored by being inducted into the Mecosta County Sports Hall of Fame in 1999. While a college student at Ferris, Lyle met the love of his life, Mary Marie Marmon, a waitress at "The 2 x 4 Restaurant" . Lyle graduated in 1950 with his pharmacy degree, while his future wife later graduated from nursing school. They eloped in 1950. They would have celebrated their 70th wedding anniversary on June 27, 2020. Lyle and Mary lived in Michigan during their early married life while he worked at Peterson’s Pharmacy. They moved to Phoenix, Arizona in 1960, where Lyle worked fulltime at Kelly’s Pharmacy , Thrifty Drugs and Osco Drugs throughout his pharmacy career, retiring in 1993. Lyle loved people and was an avid sports fan. After retirement he enjoyed attending Arizona Diamondback and Arizona Cardinal games as a season ticket holder. But most of all, you could find him shuttling grandkids to and from school, and attending practices and games as their biggest fan. Family was always Lyle’s highest priority. He is already deeply missed by his wife Mary Unruh, their 7 children: Celeste (Steve, deceased) Avilla, Lyle (Jan) Unruh Jr, Suzanne (Wade) Aubry, Jennifer (Bill) Corry, Lanson (Debbie) Unruh, Michele (Danny) White and Heidi (Doug) Cluff, 20 grandchildren and 20 great grandchildren.

A celebration of his wonderful life will be held at a later date.