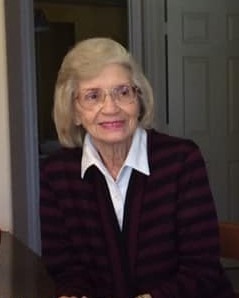 Marcella Taylor Cahill ("Marcy"), age 91, died peacefully on Tuesday, March 9, 2021, in Sun City West, Arizona. Marcy was born December 16, 1929 in Maquoketa, Iowa, the daughter of Theodore and Caroline (Straub) Taylor. She was raised in Maquoketa, Iowa with her four siblings and graduated from Maquoketa High School where she enjoyed and excelled in both mathematics and competitive roller skating. Marcy married Thomas Cahill in August of 1949. Together they celebrated 44 years of marriage, and raised four children. Marcy and family moved from Illinois to Arizona in 1979, where she and her husband Tom assisted in the management and operations of her brother John's local grocery store. Tom passed away on November 20, 1993. Marcy worked hard all of her life. At the young age of 18 she became employed with the Bell Telephone Company, where she organized and developed a worker's union for the betterment of her fellow coworkers. She later accepted work as a bookkeeper for both a local grocer, as well as a neighborhood clothing store. Later in life she became involved in the dry cleaning business, until she retired at the age of 75. Her strong work ethic and dedication to helping others motivated her to spend the better years of retirement volunteering at Country Meadows Elementary School through the Northern Arizona University's Foster Grandparent Program from 2007-2019, during which time she was presented with the "Volunteer of the Year Award" honoring her selfless commitment to children and education. Marcy had a full life in which she enjoyed camping, bowling, casino gambling, dancing, reading, politics, listening to music (Big Band, Classical, and Country), playing cards with her beloved grandchildren, and cheering on her Chicago "Cubbies." Her greatest joy in life was spending time with her family, which always included hosting Sunday breakfast with her children and grandchildren. Marcy will be dearly missed by her daughter Cathy (Voule) Kapetanakis of Waddell, Arizona; son Mark (Nancie) Cahill of Phoenix, Arizona; son Chris Cahill of Surprise, Arizona; five grandchildren; and three great-grandchildren. Marcy is preceded in death by her husband, Tom; one son, Terry; two sisters, Freda and Camilla; and two brothers, Calvin and John. May her memory be eternal.

A private memorial service will be held by family.