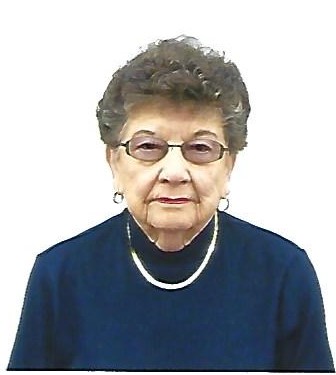 Mary Lois Klinzing passed away on August 21, 2020. She had recently celebrated her 90th birthday with a small family gathering at her home in Arizona. Mary was the daughter of the late Thomas and Dorothy (Stark) McEwen and was born on a farm near Colwell, Iowa on August 12, 1930. Mary graduated from Traer High School in 1948. She furthered her education in Waterloo, IA, graduating from nurse’s training in 1951 and spending most of her adult life as a Registered Nurse at the VA and Broadlawns Polk County Hospitals in Des Moines, IA. She and her first husband, LeRoy Klinzing, were joined in matrimony in March 1952, living in West Des Moines, IA and raising 2 children: Debra and Martin. LeRoy preceded her in death in May of 1985. As a couple, they enjoyed bowling, boating, vacations and entertaining family and friends. In October 1987, Mary married Ivo Kinney of Pomeroy, IA. The couple eventually moved to Lake Ann in Bella Vista, Arkansas where they resided until Ivo’s death in 2013. They enjoyed boating, fishing and golf (Mary scored a ‘hole in one’ in 2003) and hosting family gatherings over the Fourth of July. After Ivo’s passing, Mary and the family dogs moved near her daughter in Florida where she continued to enjoy golf and play cards. With the unexpected passing of her daughter, Debra Jo Klinzing, in 2019, Mary moved again to her final home in Arizona to be near her son, Martin, his wife Anna, one of her two grandchildren, Rachel, and her three great-grandchildren. She was no longer getting in a round of golf, but she enjoyed watching her great grandson take up the game! She continued to play cards and bingo and take an occasional road trip to the horse track or Las Vegas strip. Mary was also preceded in death by her parents, her brother and sister. She is survived by her son, Martin (Anna) of Phoenix; her son-in-law Jerry Menadue of Arizona; her granddaughter Rachel (Brad) Hill of Phoenix; her grandson Brad (Mary) of California; three great-grandchildren; seven step-children and their spouses, numerous step-grandchildren and step great-grandchildren.

Mary wished to be cremated and laid to rest alongside her first husband, LeRoy. A Presbyterian graveside service will be held at Resthaven Cemetery in West Des Moines, Iowa at a future date.