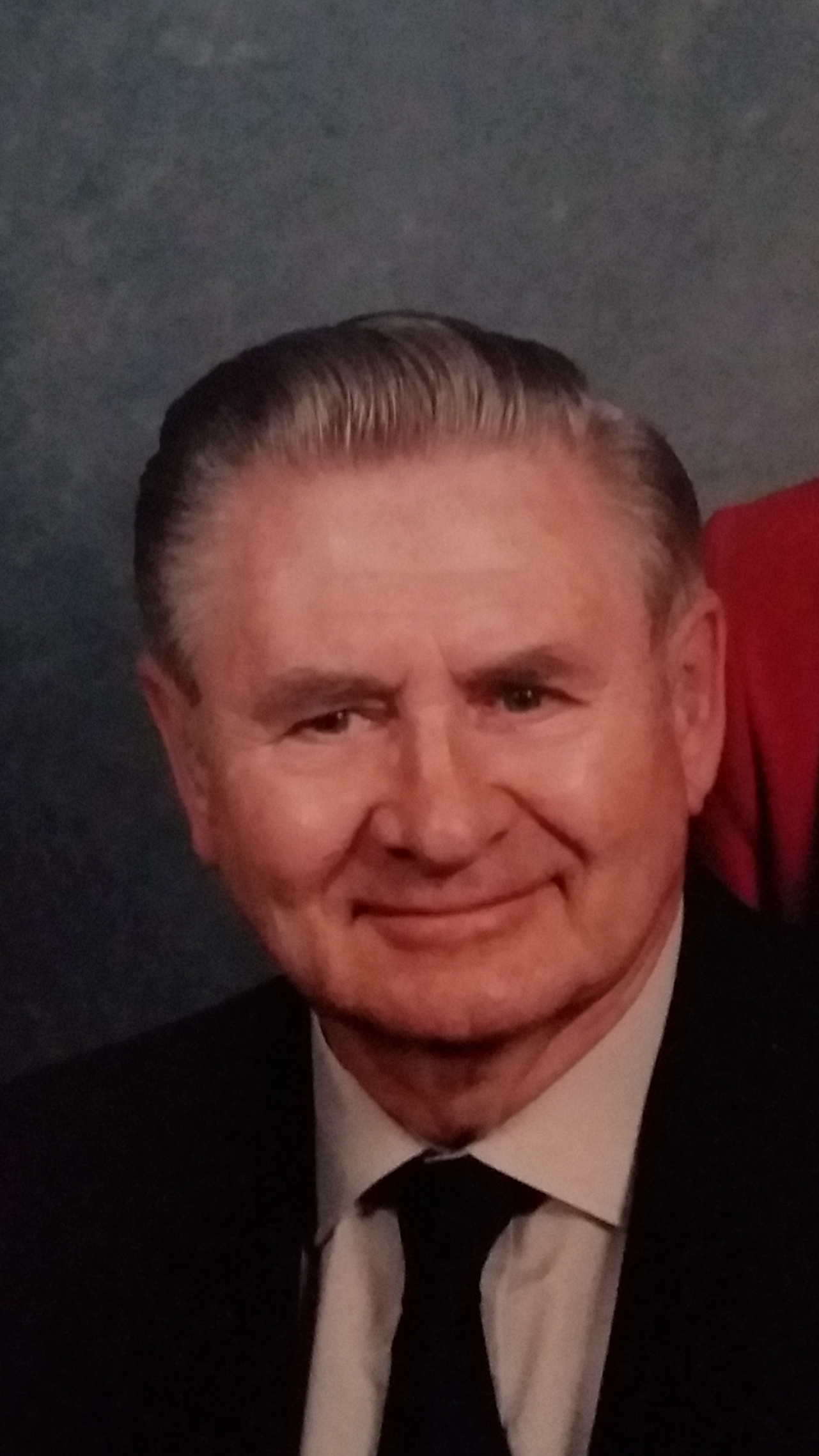 Merton Charles Thurston Merton Charles Thurston, age 95, went to be with his Lord, on June 11, 2020 in Peoria, Arizona. He was born in Washington, Michigan on September 28th, 1924 to Ammon and Ellen (Gustafson) Thurston. After graduating from Romeo High School, class of 1942, he joined the US Army Air Corps December 5, 1942. In March, 1944 Merton became a crew member on a B-17 bomber in the 338th Bomb Squadron, 96th Bomb Group, 45th Combat Wing of the 3rd Air Division of the 8th Air Force, located in Snetterton Heath, England. Mert was a radio operator and gunner. The nine member crew flew 35 missions over Germany, Poland, France, Holland and Belgium. In 1945 the war ended. Merton was awarded the Distinguished Flying Cross, Air Medal, Air Force Commendation Medal with a Presidential Citation. On one of the training mission breaks, he married his high school sweetheart, Elaine June Perkins January 8th, 1944 in Dalhart, Texas. After the war ended, he and Elaine lived in Romeo, Michigan. In 1949, Merton decided to return to the Air Force, to utilize experience and skills gained during the war. The majority of time he was responsible for radar repair and maintenance. He and his family moved frequently within the states and a few overseas stations for isolated tours of duty. He served in World War II, Korean conflict, and the Viet nam. Merton retired from the Air Force in 1968 as Senior Master Sergeant after serving over 21 years. From 1968 to 1985 he worked for the United States Civil Service. Merton and Elaine moved to Sun City, Arizona to spend retirement in warm weather. He stayed in touch with friends made while in the Air Force, especially the WWII flight crew. He usually attended the annual 8th Air Force Reunion, maintaining friendships made throughout the years. Merton enjoyed sending cards, notes and gifts to others to let them know how much he cared about them. He will be missed by many including special friend, Frances Palsma, from Springfield, South Dakota. Merton left behind daughter Carol Thurston Tucker, son-in-law Lester Thomas Tucker, son, James Thurston, daughter-in-law Patricia Rowden Thurston and grandchildren Michele Tucker Wolf, Michael Tucker, Matthew Thurston and Laura Thurston, two siblings, Marcia Thurston Stephens and John Thurston and many nieces and nephews. He was preceded in death by his parents Ammon and Ellen Thurston, wife Elaine Perkins Thurston, and siblings Jean Thurston Evans, James Thurston, Barbara Thurston Perkins Revitzer.

Merton's Memorial Service will be held at a later date in Michigan.

Donations can be made to your favorite charity noting: " In memory of Merton Thurston ".